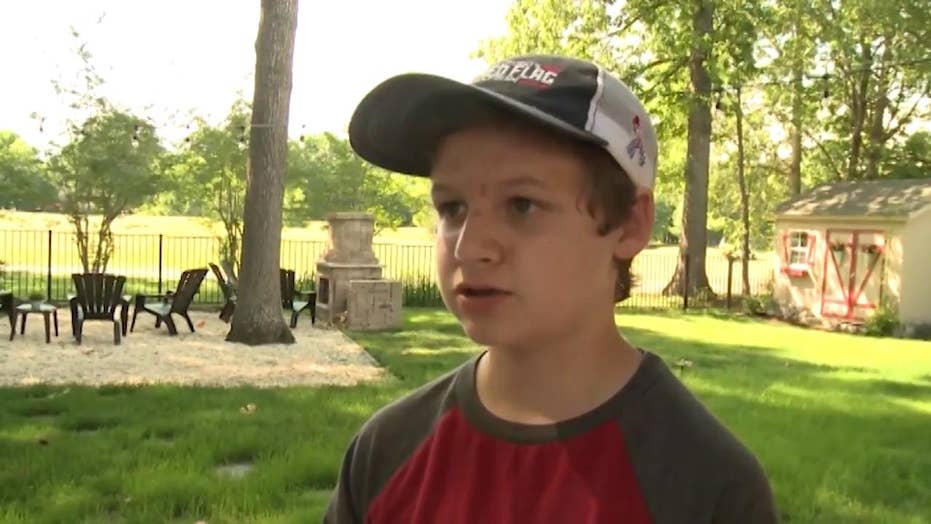 A patriotic 14-year-old Virginia native made it his mission to turn his neighborhood into a colorful display of American patriotism to honor U.S. servicemen.

"I didn't really expect anyone to take me seriously ... I was very surprised."

"A lot of people have fought and died for our country in combat, and flying an American flag is a good way to respect them," Charlie Hecht told Fox Nation.

In July, Hecht began knocking on doors in his neighborhood and passing out flyers hoping to encourage his neighbors to fly an American flag outside their homes. In addition to placing small flags around some yards, Hecht also teamed up with his local Lowes, offering a discount for neighbors who purchased larger American flags, explained the Chesapeake native.

Hecht's community immediately embraced his efforts, and he called the positive response "overwhelming."

"We just want to inspire patriotism and say thank you to our community...[but] I didn't really expect anyone to take me seriously...I was very surprised that this many people actually went to Lowes and bought a flag."

Lowes assistant manager Garth Mitchell said he was happy to participate and express his gratitude for members of the military.

"We 100 percent support our military so anything I could do to help with this project was no questions asked ... what can I do to help," Mitchell said.

Hecht's appreciation for the men and women who serve comes from his father, a commander in the U.S. Navy, he explained.

"I couldn't be more proud of Charlie," his dad said. "As an officer of the U.S. Navy, who wouldn't be proud of their son going door to door asking people to put up flags."

"He understands that he wants to be a part of a project bigger than himself and that is, to me, step one in the making of a patriot," he added.

On Monday, Fox Nation announced the recipient of the "Most Patriotic Sportsman" award, which will go to Connecticut hockey coach John Krupinsky, who made national headlines for demanding that his players honor the American and Canadian national anthems.

Hecht said he is humbled by the award and looks forward to continuing his mission across his community.

"I don't really think of myself as much of a hero, said Hecht, "I just like spreading patriotism in my community."

"There were maybe four or five flags before I came out here, and now there is pretty much a flag on every single house."

To watch more about all the Patriot Award recipients go to Fox Nation and sign up today. The awards will be announced throughout the week, beginning on Monday, Oct. 28.