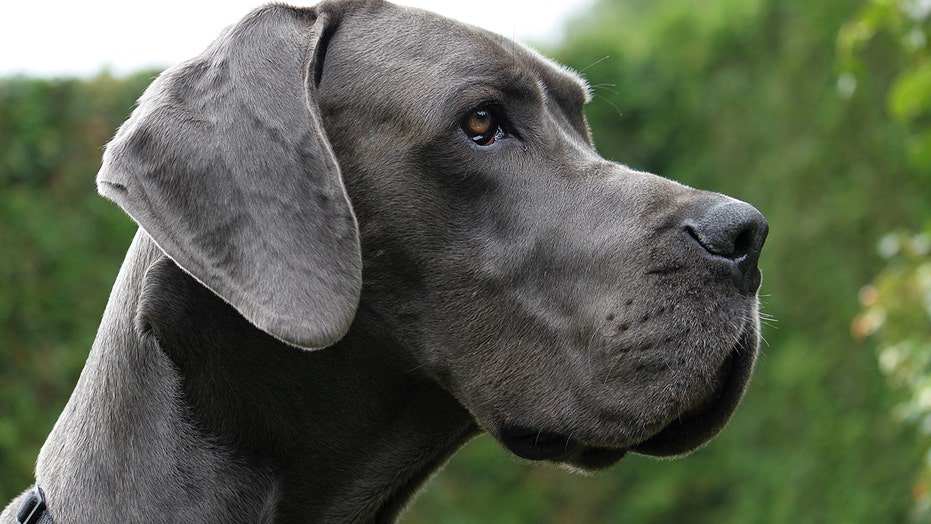 The world’s tallest dog got some paws-itive news on his birthday.

Enormous Freddy — who is over 7 feet tall when standing on his back legs — turned 8 years old, making him the oldest known living Great Dane in the world.

Freddy’s owner, Claire Stoneman from Weeting, Norfolk, UK, threw the big dog a birthday party on May 17 to celebrate, along with his sister Fleur, who is from the same litter and is just minutes younger.

ADOPTING A CAT: HANNAH SHAW OF 'KITTEN LADY' ON WHAT YOU NEED TO KNOW

“Freddy and Fleur had a great birthday party and they both had the best time. We decorated the garden and they got loads of their favorite treats and cuddly toys,” Stoneman tells Caters.

Stoneman’s 7-year-old neighbor and Freddy’s best friend, Erin Manley, also attended the party. Erin has known Freddy her whole life, and they grew up together.

“Erin has never known life without Freddy. She isn’t [fazed] by his height at all and has always been close to him,” Erin’s dad, Peter, tells Caters.

Before the coronavirus lockdown, Erin would go to visit Freddy, who weighs about 210 pounds, at least twice a week. She sometimes gives him a phone call before she goes to bed, and Freddy mumbles back when he recognizes her voice.

“He’s so big that he towers over her. She cuddles up to him on the settee to watch television and he just towers over her, but they have a very sweet relationship,” Erin’s dad says.

Stoneman takes her Great Danes out for a walk early in the morning to avoid large crowds.

“Everyone is always shocked by their size and some people are intimidated, they say it’s like I’m walking a horse down the street,” she says.

Freddy’s appetite is just as big, too. His food — consisting of kibble, minced beef, roast chicken and lots of treats — costs Stoneman over $630 a month.

“Despite their size, they’re very kind-natured and put their paws on you if they know you’re upset. They love cuddling and I sleep with them on two mattresses in the living room at night,” Stoneman says.

Freddy, who officially measures at 3.395 feet tall to his back, was named the world’s tallest living dog in the Guinness World Records in 2017.

Guinness World Records has confirmed Freddy is the oldest Great Dane they have on record, and Stoneman plans to apply for an official record.

“Freddy was actually the runt of the litter and now he’s got a Guinness World Record and is set to reach a second.”