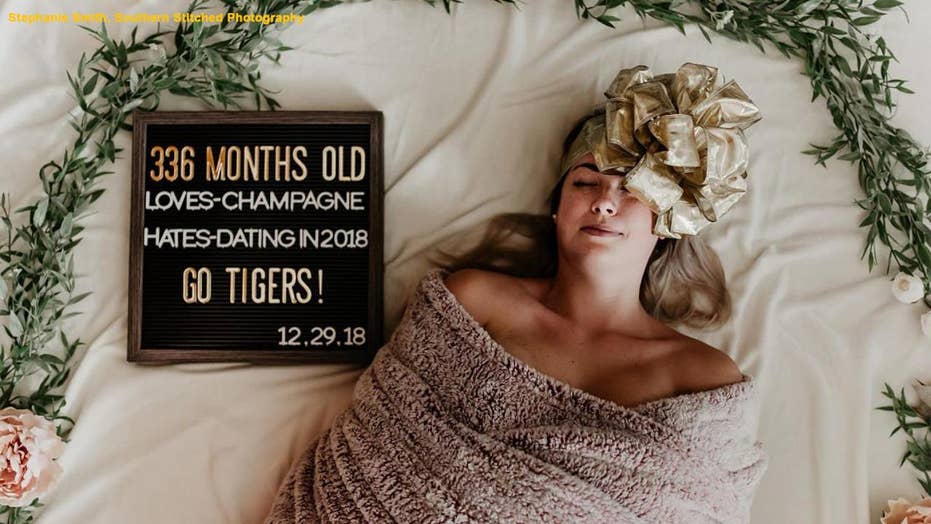 One South Carolina photographer created an infant-inspired photo shoot in honor of her high school friend’s 28th birthday that has since gone viral on social media.

In a playful spin of the ever-trendy monthly update photos excited new parents have taken to sharing of their babies on social media, one South Carolina photographer created an infant-inspired photo shoot in honor of her high school pal’s 28th birthday.

On Dec. 29, Stephanie Smith of Southern Stitched Photography shared photos to Facebook of her friend Nicole Ham swaddled in a cozy pink blanket with a bow on her head, encircled in greens and pretending to be asleep for an iconic “336 month” birthday photo opp.

“Because your best friend only turns 336 months once,” Smith captioned the images of her funny friend, which have since gone majorly viral online.

"Nicole had the idea for the shoot and I brought it to life!" Smith told Fox 13 of the inspiration for the silly stunt. "From shopping and laying out flowers in the store to see if we had enough to fit an adult to a collaborative effort between myself and Nicole’s mom to swaddle her...We couldn’t keep a straight face!”

In the days since, the post has since been liked 13,000 times and sparked almost just as many comments.

Many other jokesters were quick to share photos of their own baby blogger-inspired pics for adult birthdays and milestones, such as a grown-up footprint commemorating “Baby’s 35th Christmas” or a cool “smash cake” for a 21st birthday.

After all, age is simply just a number.