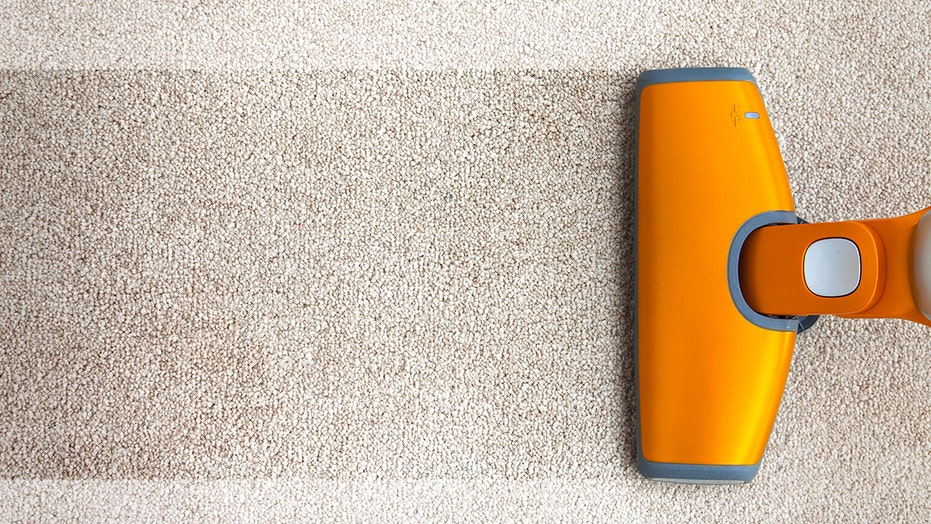 A Washington state woman had the Internet scratching its head after a Facebook video showed her vacuuming her sidewalk.

The video, which was uploaded by Brandon Tatro last week, shows Yakima resident Cathy Rodriguez using a vacuum outside her home.

“Well we are in Yakima. We have seen it all,” Tatro says in the opening of the video as he records Rodriguez as he drives past. “Guess no one’s heard of a broom before.”

Facebook users couldn’t resist providing their commentary on what appeared to be a bizarre scenario.

“Her broom must be in the kitchen standing up by itself,” one person wrote, referring to the recent viral trend known as the “Broom Challenge.”

“She must go through a lot of vacuums!” another person joked.  “She’s a trend setter for sure!” one Facebook user commented.

More harsh comments, however, suggested that Rodriguez was on drugs.

As it turns out, there was far more to the lady and the vacuum story. Rodriguez revealed on Sunday that she was actually cleaning up glass after a drunk driver crashed into her van weeks prior.

She simply didn’t want to risk someone getting hurt by stepping on any lingering glass on the sidewalk.

"I'm not a druggie and I'm not crazy, I was thinking of others," Rodriguez told KIMA TV.

Her van was deemed a total loss, she said, which was her family’s only means of transportation. What’s worse, she said the driver didn’t have any insurance.

"He broke three of the glass windows in the back of my van and shattered it everywhere," Rodriguez said.

"I didn't know what else to do, I was thinking about other people and the other animals and I didn't want them to get hurt," she added.

"Don't judge from what you see, it's not Yakima, crack or anything, people have situations that you don't know about.”

Since Rodriguez shared her story with local news, many commenters took to the initial video to call out those who joked about it on Facebook.

“Shame on you, she is cleaning up broken glass. She doesn't have much,” one person commented.

“That's what's wrong with people they can't wait to find something wrong. Instead of [seeing] something right. Let's build each other up!”

Tatro, the original poster, also took to the comments section to address the online concerns.

“I apologize if anybody is offended by this. I’ve had multiple dm’s In defense of this ladies situation,” he wrote. “Don’t do drugs though. And use a Kirby to suck glass up not a Hoover!!”

Rodriguez and her family have since created a GoFundMe page to help raise money to fix the van, which was given to them by a neighbor. She said Tatro has since apologized to her and was the first person to donate.