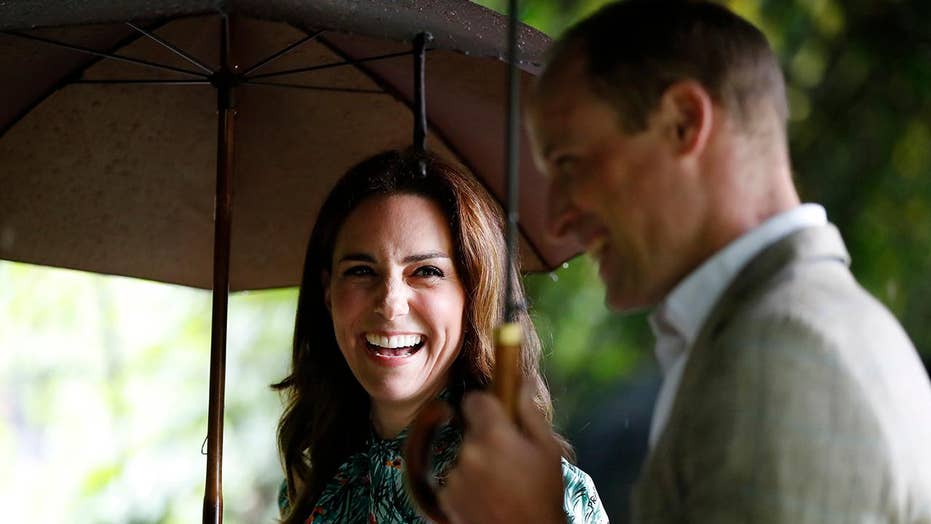 Brits prepare for another round of royal baby fever

When Kensington Palace announced in early September that the Duchess of Cambridge is expecting her third child, they also told fans to anticipate seeing a whole lot less of the royal around. Suffering from hyperemesis gravidarum, or acute morning sickness, Duchess Kate has reportedly been trying various remedies to alleviate her illness, and found some luck with one food in particular.

On Sept. 27, her husband, Prince William, attended an event supporting the Metropolitan and City Police Orphans Fund, and divulged to one guest that Kate has tried ginger to combat her symptoms.

MEGHAN MARKLE ON RELATIONSHIP WITH PRINCE HARRY: 'WE'RE IN LOVE'

According to Express, the Duke chatted with 98-year-old Iris Orrell who shared that she too had suffered from hyperemesis gravidarum through her three pregnancies. Orrell told Prince William that her doctor advised her to eat “dry biscuits” to ease the morning sickness.

William reportedly said his wife was taking a similar approach. "Ginger biscuits — but there's not much ginger can do to stop that — we've done all that,” the Duke said, adding that Kate has been “feeling better” as of late.

While every pregnancy is different, Caitilin Dean, chairperson of the U.K.’s Pregnancy Sickness Support, told People that the symptoms of hyperemesis gravidarum are often known to become more severe each time an afflicted woman gets pregnant.

A known cure for upset stomachs, hopefully the ginger biscuits are giving Kate some relief. Through her pregnancy with Prince George, she allegedly munched on lavender shortbread cookies to help combat nausea.

Who knew that your grandmother’s favorite cookies are also favored by a future queen?