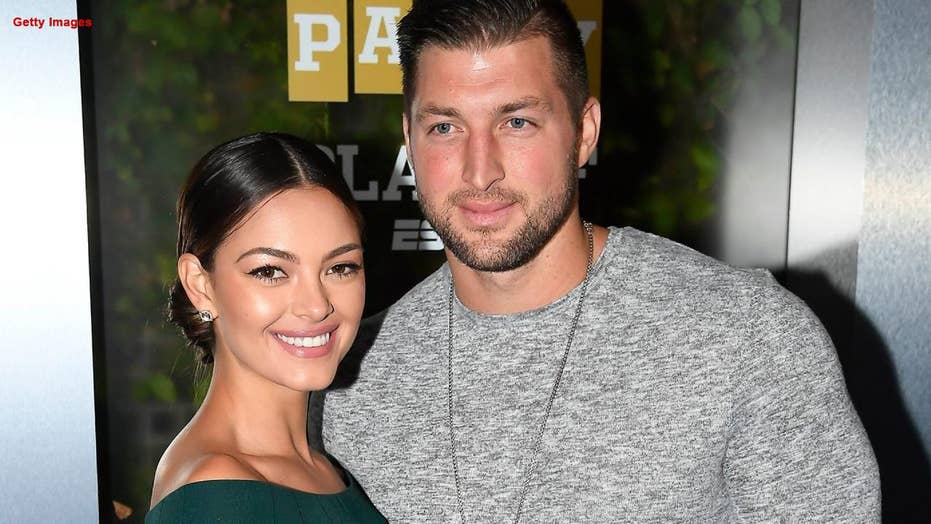 Former NFL quarterback Tim Tebow popped the question to his girlfriend, former Miss Universe Demi-Leigh Nel-Peters, with a 7.25-carat sparkler at his family's farm outside of Jacksonville, Florida, according to People magazine.

Like many engaged millennial couples, Tim Tebow and Demi-Leigh Nel-Peters are admittedly struggling to coin the perfect wedding hashtag. Unlike most average folks of their generation, however, the former NFL quarterback and beauty queen asked their millions of Instagram followers for inspiration – with fans pitching some impeccable ideas.

“So, we're kind of delirious a little bit right now, because we've been trying to come up with our wedding hashtags, and this is the list right now,” Tebow revealed in a Sept. 17 Instagram video, pointing to a blank sheet of notebook paper.

“But we need your help!” Tebow piped up.

“Please, do you have any ideas?” Nel-Peters asked

“Yeah, wedding hashtags, we need your help!” the groom-to-be said in the quick clip, which had been viewed over 93,000 times as of Tuesday afternoon.

“#TookAKneeForDemiLeigh God bless you both!” one user cried.

Others took a more spiritual approach, throwing out suggestions like “#GodsDesign” and “#EternallyBlessed” for the faith-focused couple.

Some commenters seized the moment to dish details on their own happy marriages, and wish the future newlyweds well.

“#LoveOfALifetime. That’s what I call marriage. I have been with my husband 36 years and married 34. Sending y’all best wishes and many years of gods blessings and happiness!!” one user gushed.

“Golly! I wish I could help y’all, but I’m too old for that kinda thing. I’ve been married almost 42 years!” another wrote. “We didn’t have such complicated things back then! But I wish you joy and happiness and many years of love and commitment together.”

According to The Knot, the wedding hashtag trend has gained steam among social media savvy-couples in recent years, as a way to digitally tag photos and videos across various sites and remember the special day online. Many couples shoot for “a cute, clever strings of words that turn your celebration into a clickable event.”

As for Tebow and Nel-Peters, the 32-year-old athlete and 24-year-old former Miss Universe got engaged in January at his family's farm outside of Jacksonville, Fla.

Tebow secretly flew in Nel-Peters’ family and her closest pals from South Africa so they could be there for the pair's engagement, along with the former NFL pro's loved ones, and he presented his bride-to-be with a 7.25-carat sparkler.

Though the pair has remained mum as to when they’ll ultimately tie the knot, Nel-Peters teased photos of her bachelorette party on a boat in New York City to Instagram on Sept. 16.

Last year, the model described her relationship with Tebow to Fox News as a “wonderful” and “supportive” partnership.