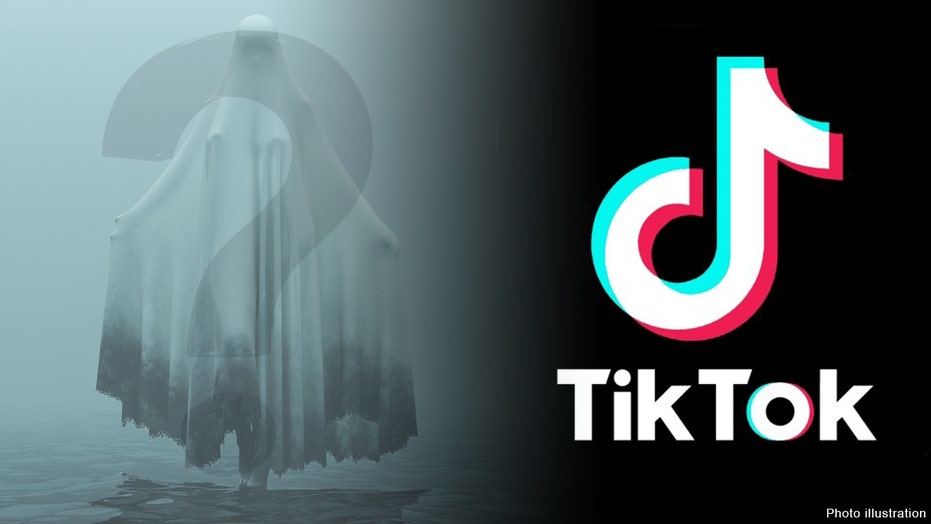 This woman’s “fight-or-flight” response didn’t take long to kick in.

A TikTok user who goes by the name Anna Banana posted a video earlier this week that appeared to show someone -- or something -- moving a curtain in front of an open sliding glass door behind her.

The video begins with the woman sitting in front of the camera, holding up a lime-flavored White Claw.

She starts to say: “So for today’s drink,” but before she finishes her thought, she sees the curtain moving behind her.

Her face immediately becomes serious and she can be seen putting the can of White Claw down as she turns to face the open door.

Without hesitating, the woman runs toward the door and jumps through the curtain with a punch, landing outside the door. She can be seen looking around before she steps back inside and locks the door.

Since it was posted on Monday, the video -- which was captioned “Ummmmm ok... #spooky but what was that ?” -- has gone viral.

Many commenters praised the woman’s fast reaction to “fight off” the “ghost.”

“If you ever see her in the forest fighting a grizzly bear… help the bear,” one person wrote.

“OK, but can you be my body guard because your FIGHT OR FLIGHT IS ON POINT,” someone else wrote. “SHE AIN’T SCARED OF NO GHOST.”

However, other commenters noted that they actually saw a person move out of the way before she came through the door. “There’s no ghost,” someone commented. “You can see a shadow of a person crawling away before she jumps kicks [sic].”

Another person said: “I saw the person crawl out of sight to the right and then she looks down at then [sic] before closing the door.”

In fact, Anna Banana posted a follow up video two days later showing “the POV of the ghosty.”

The video is filmed from outside, looking into the room where Anna was originally sitting down.

The second video has been viewed more than 1.3 million times since it was posted.

“I’m so glad I saw this,” one person commented on the second video.

Someone else wrote: “Haha I love the perspective change.”