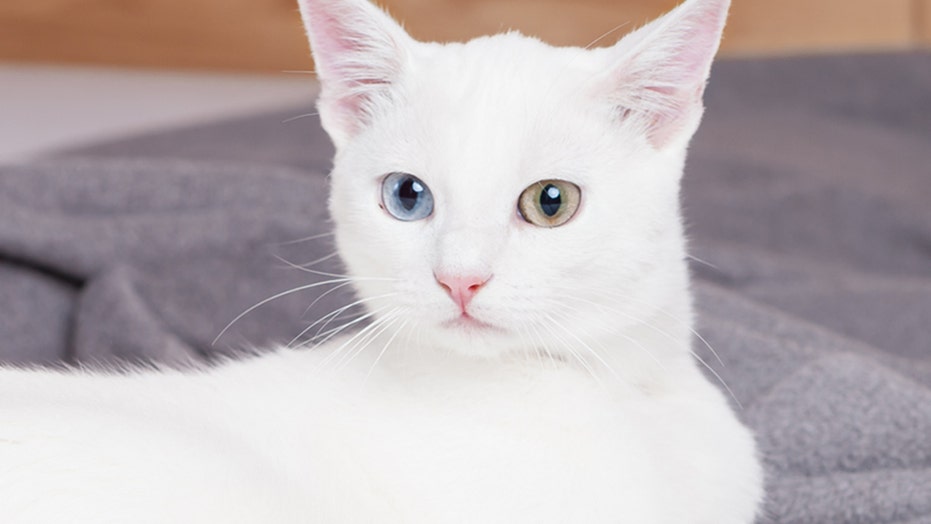 This cat may not be actual royalty, but she is an Internet star.

Sansa the Polydactyl Cat -- named after the Game of Thrones character Sansa Stark -- was adopted by her current owner in 2016 after being abandoned by her previous owner.

Since then, the stunning white kitty with one blue eye and one green eye, based in New York City, has become an Instagram sensation with more than 23,500 followers.

Aside from having different colored eyes -- a condition called heterochromia -- Sansa was also born with a seizure disorder called feline hyperesthesia and a congenital physical anomaly called polydactyl that makes her have more toes on her paws.

When her current owners found her in a New York City Petco, Sansa was “dealing with anxiety and heartbreak” from being abandoned, according to the cat’s first Instagram post.

Sansa’s owner, Karen, said it took Sansa a few months to adjust to her new home, but she eventually came around.

“She was extremely fearful and timid at the start—whenever one of us opened the front door, she would bolt and flee into the closet or behind the TV console,” Karen recently told Bored Panda. “She started to trust us after a few months and slowly started chilling closer and closer to us.”

In a 2017 interview, Karen said Sansa has become the “most loving cat” she’s ever met.

"She has really come out of her shell and become an extremely loving and social cat," Karen told blogger Gwen Cooper. "She sits on our lap on the couch every day and sleeps on the bed with us every night. She seems to know whenever Jack or I aren't feeling well and will stay right by our sides.”

Sansa still has some anxiety, Karen told Bored Panda, but she’s gotten much better since they adopted her.

“She is still jumpy and gets scared by thunderstorms, unexpected loud sounds, dogs barking outside, etc,” Karen said. “She will creep away and hide in a dark corner.”

“Whenever we need to take her to the vet, she completely shuts down in her carrier and we can feel her body shivering,” Karen added. “She has come so far though!”

According to the website, Sansa is turning about 6 this December. Karen said Dec. 1 is the cat’s guesstimated birthday since they don’t have her records.

A white cat with extra toes and different colored eyes (not pictured) has become an Instagram star. (iStock)