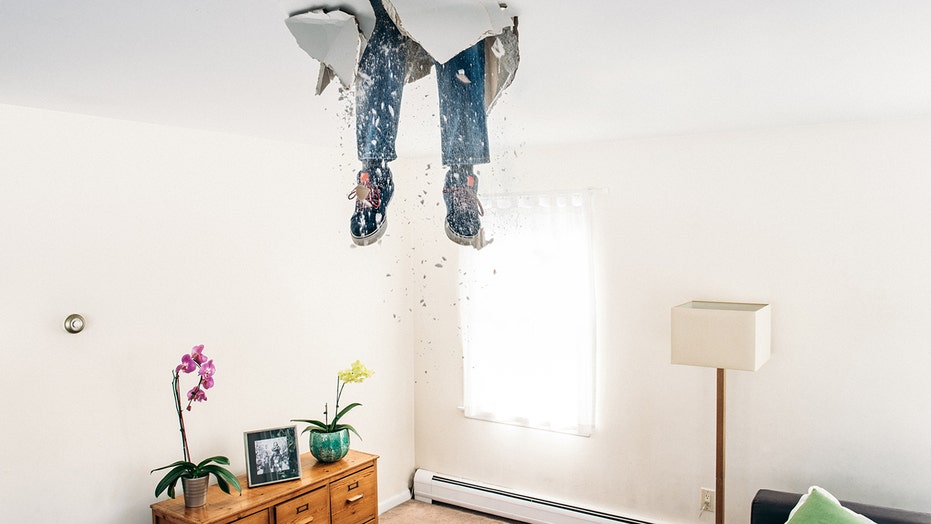 WATCH: Viral TikTok video shows a woman pranks her boyfriend by pretending to be a social media influencer livestreaming to followers about a fake health regime.

Now that’s how you make an entrance!

A TikTok user’s video went insanely viral after her own mother crashed through the ceiling in the background of the clip, reportedly while looking for a piece of luggage in the attic.

Liz San Millan, who goes by lizzyjane_ on TikTok, says she was practicing a song for an audition at the New York Conservatory for Dramatic Arts, where she would soon be attending school, when her mother made an unexpected appearance from stage north.

"There was a loud noise ... I turn around and all of a sudden, my mom's leg is through the ceiling," San Millan told GMA. "My dad said, 'Did you just fall through the ceiling?' and [my mom] said, 'You're not going to ask if I'm OK?' She was a little sassy about it, actually."

In the video, San Millan is singing a song from the stage version of “Heathers” when the ceiling behind her opens up, and her mother’s leg — along with some insulation — poke through.

“Oh my God!” San Millan says just before shutting off the camera.

San Millan later told Buzzfeed News that, if you look close, you can see a slight look of annoyance on her own face right before mom’s leg makes an appearance, because she could hear her mother walking around in the attic.

The video has since amassed more than 8 milllion views on TikTok.

Fortunately, San Millan explained in a follow-up video that her mother didn’t even suffer a “bruise” during the incident.

In response to followers demanding an interview with the mom herself, San Millan said that wouldn't be possible (she's away at school now), but instead uploaded a silly video of her mother expressing disbelief at the fact that this entire thing happened at all

She added that her dad is now patching up the hole — or trying to — but that his first attempt, which involved some duct tape, has already failed.