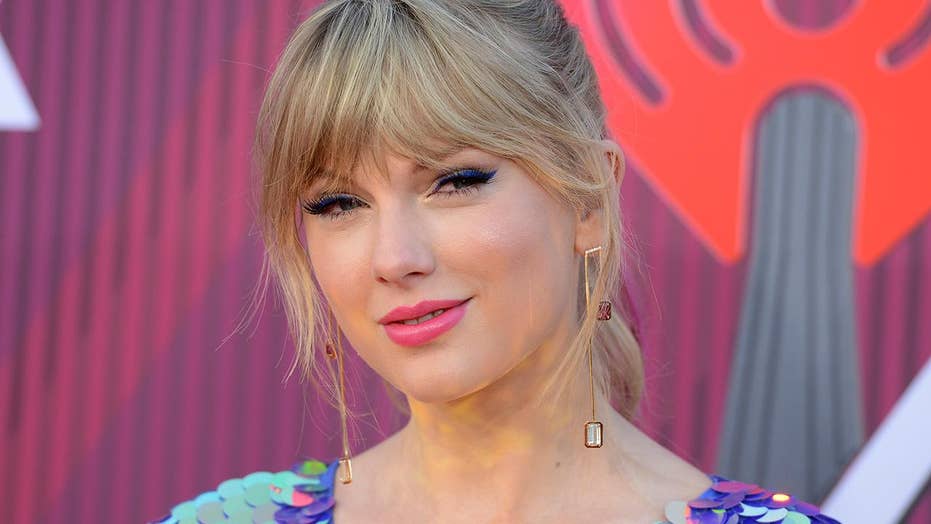 The “Delicate” musician, 29, is featured on one of the covers of Time’s 100 Most Influential People issue, clad in a baby blue cashmere sweater by Khaite ($660) and a heart-shaped gold, opal and diamond ring from Jennifer Meyer ($4,750).

Inside the issue, Swift poses in a pale pink Stella McCartney chiffon dress ($2,150) alongside an essay by her pop peer Shawn Mendes, who opened a number of the shows during her “1989” world tour.

“Taylor makes the job of creating music for millions of people look easy,” Mendes, 20, wrote. “It all comes from her — her belief in magic and love, and her ability to be as honest and raw as possible. She’s the master of putting the perfect amount of thought into not overthinking, and that’s why her music connects so well.”

Swift’s feature on Time’s list comes amidst rumors that she’s set to release new music on April 26, and it’s likely no coincidence that her look for the shoot — heavy on the pastels and sweet motifs — perfectly matches the aesthetic she’s adopted on social media recently.

Over the past week, the singer’s shared shots of several heart-shaped gems, and has been working with a palette of pastel pinks, blues and yellows; meanwhile, her website currently features a countdown clock set on a backdrop of sparkling hearts and candy-colored clouds. At last month’s iHeartRadio Music Awards, she wore similar shimmering shades, and even debuted (temporary) pink hair.