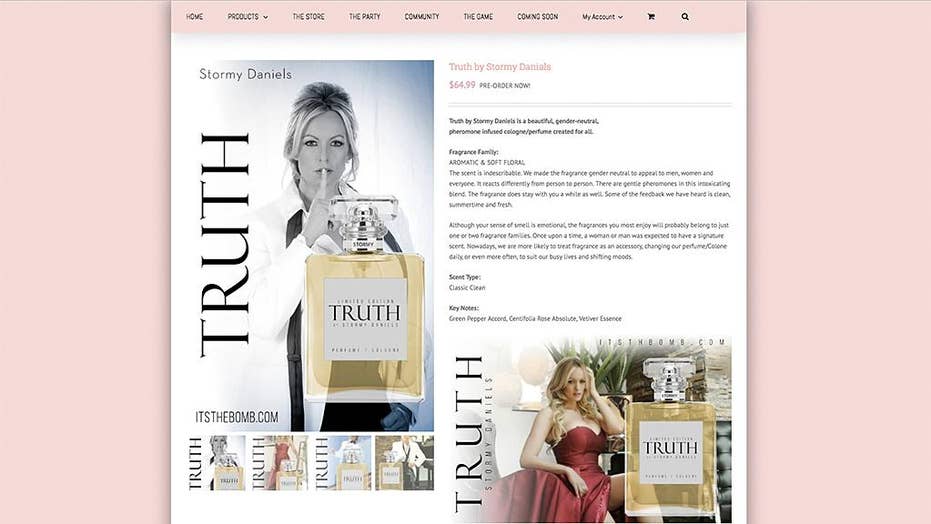 A new fragrance by Stormy Daniels ‘Truth’ is getting mixed reactions from social media users.

Fans of the adult entertainer congratulated her on the news — with several vowing to pre-order the unisex perfume/cologne — but not everyone was as enthused by her announcement.

Among the many well-wishers and supporters, Twitter critics accused Daniels of capitalizing on her publicity to make money. Another simply called the perfume “gross,” while still others wrote more crass responses.

A few, meanwhile, were simply content to joke about how “strange and awesome” the news cycle can be, or that they’d rather “smell like @MichaelAvenatti.”

“STORMY 2020 SAVE THE WORLD AND SKEWER THE PIGS,” wrote one user on Instagram.

“Brava! Perfect on every level,” wrote another.

Truth, which was produced in collaboration with beauty and novelties website It’s The Bomb, was originally announced in May via a 15-second teaser starring a suit-clad Daniels.

“Truth can be thought of as just a temporary belief of knowing something in a moment of time until it advances and then changes,” read a message written across the screen of the teaser.

Stormy Daniels, whose legal name is Stephanie Clifford, recently escalated her legal battle against President Trump after filing a lawsuit accusing him of using “false and defamatory” language in a tweet.

A representative from It’s The Bomb was not immediately available to comment on how long Daniels’ limited-edition fragrance will be available for purchase.