Wellness is becoming routine for men, while spa visits are becoming a dude thing.

“We’re seeing a lot more men going to spas,” said Garrett Mersberger, board chairman of the International Spa Association. “It used to always be a female-driven thing. We’re now seeing 50-50, if not swinging more toward the males.”

“They’re much more aware that it’s not just a thing I go to to get pampered. It’s an actual lifestyle choice with benefits to my body, to my wellness. It’s part of my routine now. It’s not just about going for relaxation,” Mersberger said.

“Spas are really having to evolve to accommodate that male spagoer,” she said. “Typically, your back-of-house for males would be smaller because historically it’s been very heavy female. Now they’re having to shift that.” 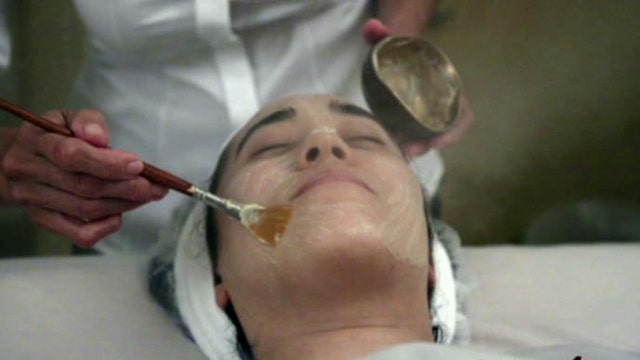 A lot of hotels and spas are designing unisex bathrooms and locker rooms, Mersberger said. Women are usually fine with it, McNees said. They’re no longer dragging reluctant spouses to spas.

“We’re seeing a lot of groups and parties and different special events in the spa with both men and women,” she said.

Spa visits and the money they generate reached record highs last year in the U.S. with $18.3 billion in revenue driven by 190 million pampering trips, according to the International Spa Association.