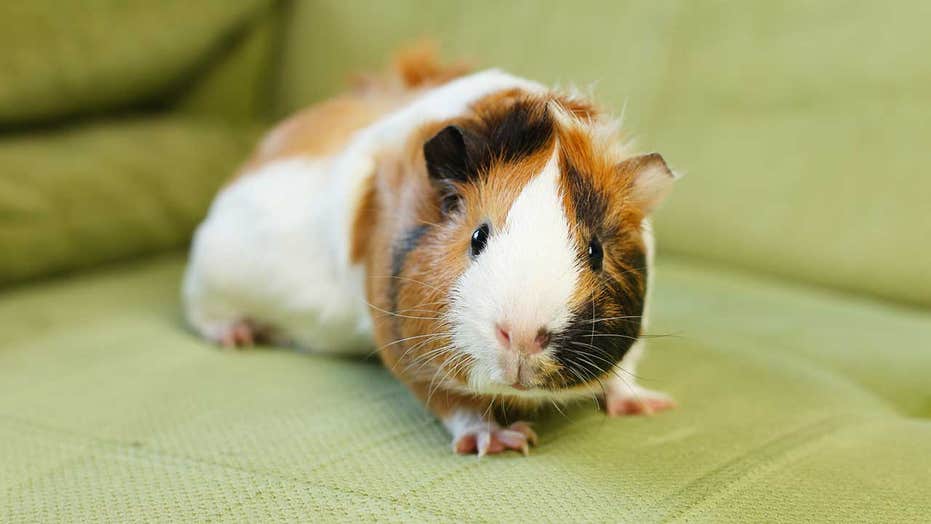 A couple of would-be thieves in Kentucky have been arrested for their alleged piggish behavior.

Isabelle Mason, 21, and Jaimee Pack, 19, reportedly attempted to steal two guinea pigs from the Pet Paradise store in Danville, Ky., on Saturday. But when they were called out by employees, one of the suspects allegedly threw a guinea pig out of their fleeing car.

Store owner Scott Gonyaw told WKYT that he first became suspicious of the women when he saw one carrying an oversized purse. The women were then observed trying to leave after grabbing two guinea pigs, at which point Gonyaw followed them out of the store to their car, yelling at them to give the pets back.

He said one of the women appeared to try to retrieve a guinea pig from her bag to hand it over, but “the other girl pulled her back into the car.”

Jaimee Pack and Isabelle Mason were charged with shoplifting, robbery and cruelty to animals. (Boyle County Detention Center via AP)

During the hubbub, one guinea pig was actually thrown out of the car window. Gonyaw’s foot was also run over by the fleeing vehicle, but he says he only sustained bruises.

The guinea pig that landed on the parking lot, which is named Lucky, was uninjured, the Associated Press reported. The second guinea pig remains missing.

Mason and Pack were later charged with shoplifting, robbery and cruelty to animals, per WKYT, with an added charge of wanton endangerment for Mason.

It’s unclear what the women planned to do with the guinea pigs. One of the suspects’ mother actually found another guinea pig at her daughter’s apartment, but police said it was not a match for the guinea pig that remained missing.