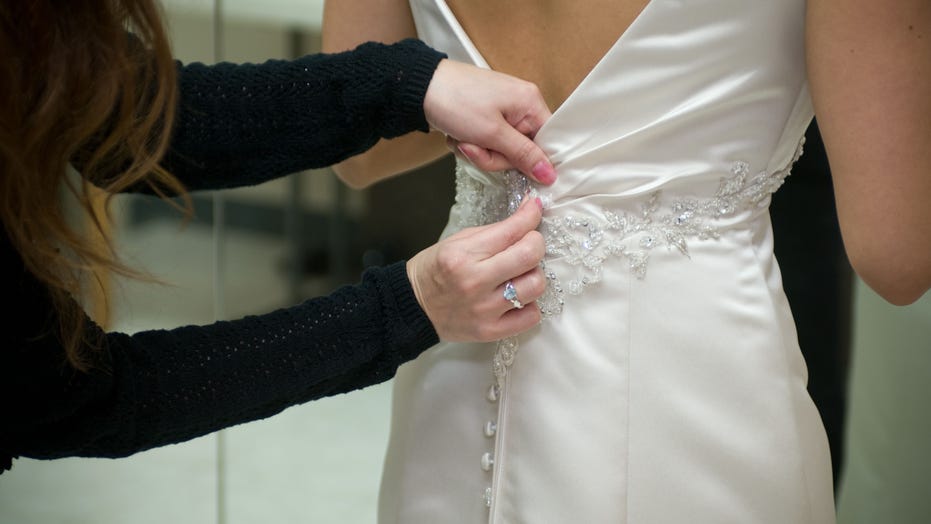 When Jimmy Fallon asked people to post their best wedding fails, Amy Pennza showed off a truly awkward photo. It showed her, on her wedding day, in her wedding dress, standing next to her mother-in-law, who was also wearing a wedding dress.

Pennza captioned the photo, “My mother-in-law wore a wedding dress to my wedding. So, yeah, top that one, Twitter.”

Initially, social media users took to the site to call out the mother-in-law’s behavior. Things took a turn, however, when Pennza revealed the back story to the photo.

She started off describing the wedding day, posting, “I didn't know what my mother-in-law planned to wear. I didn't think to ask. The morning of the wedding, all the women in the bridal party cram into a tiny room in the church. You know, body glitter and hairspray everywhere. Fifteen coats of mascara. Putting napkins under your pits so you don't sweat on your dress.”

When the mother showed up in the dress, Pennza initially didn’t know how to react. According to her, “I don't remember much about the day. Most people say their wedding is a blur, and that's true for me, too. But I know I said this: ‘You... You could be the bride...’ Later, my sister (matron of honor) said she didn't pull me aside and talk about it because she hoped I was too distracted to notice. My college roommate (bridesmaid) said the same thing. But secretly, they both spent the reception looking at me, then each other, then MIL, then me, then the cop the venue made us hire—hoping I didn't go for his taser.”

Fortunately, everyone made it through the day unscathed. “I'm happy to report the wedding unfolded without bloodshed, or anyone being shoved into the champagne fountain.”

The reason why the dress didn’t cause more drama is because of how the mother-in-law grew up. “She grew up in extreme poverty. As a child, she used to sneak into the kitchen and eat match heads. That's a pica craving, and kids do it when they're malnourished. When you grow up with nothing, it stays with you. Forever, I think. No matter how much money you earn, there's always that little fear in the back of your mind that someone might take it all away.”

“However, she's a bargain hunter to the bone,” Pennza continued. “Her money-saving strategies are legend—and often hilarious. At family gatherings, we amuse ourselves telling stories of crazy shit she's done to save money. So when she spotted The Dress at an incredible bargain, she couldn't turn it down. If you ask her now, she says she feels terrible about it. Although, she also told me, ‘I think I've still got it. We should raffle it off.’ So, yeah, the wedding dress was a shock. But it gave me a pretty funny memory. No one who attended has ever forgotten it. And, you have to admit, weddings can be forgettable.”

Fortunately, it seems like Pennza doesn’t have any hard feelings about the dress. Also, her mother-in-law apparently isn’t upset about the photo being shared either. “When I told her about this getting a lot of attention, and said I worried it might hurt her feelings, she waved it off. ‘Whatever makes me famous.’”