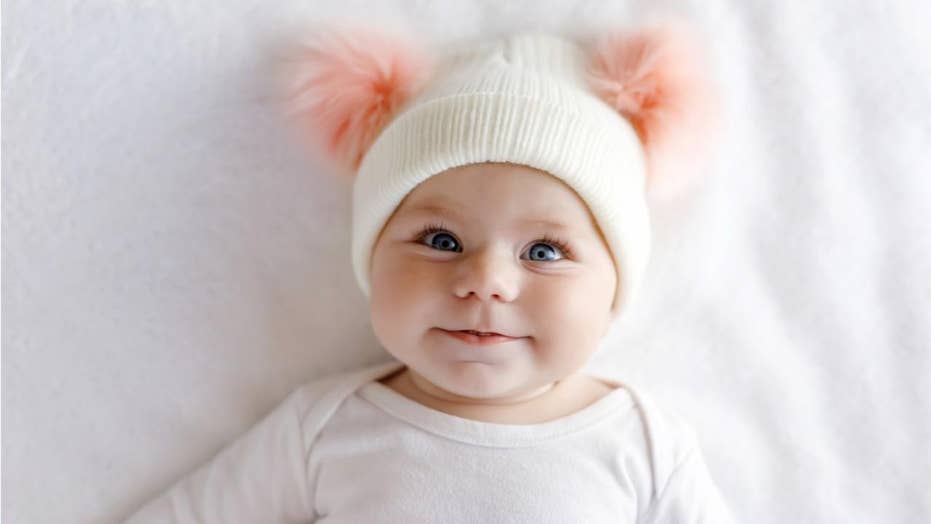 The most popular baby names of 2018

The parenting web site Baby Center has released their list of the top baby names of 2018.

Well, that settles it, people. We’ve completely run out of ideas.

For the sixth straight year in a row, the most popular baby names for girls and boys, respectively, are once again Sophia and Jackson, according to the parenting website Baby Center.

WOMEN SLEEP BETTER NEXT TO DOGS VERSUS HUMANS OR CATS, STUDY SUGGESTS

Furthermore, the name Sophia — or some similar-sounding variation thereof — had been the top choice among parents registered to the Baby Center website for nine consecutive years.

"It has worldwide appeal, it's pronounceable in multiple languages, and it's feminine and sophisticated all at once,” said Linda Murray, BabyCenter's senior vice president of consumer experience and global editor in chief, in a press release.

“As for Jackson, it's a modern twist on the old classic Jack."

The findings, which Baby Center releases every year, are based on the “hundreds of thousands” of baby names collected from the website’s registered users, per the release. The site also combines similar-sounding names — such as Sofia and Sophia — to present what it calls the “true popularity” of each.

Aside from Jackson and Sophia, the top names from Baby Center’s 2018 list have remained largely the same, with the exception of “Layla” and “Oliver,” which are both new to this year’s top ten.

Additionally, Baby Center pointed to a number of “name trends” that reportedly emerged in 2018, most notably the names inspired by the online video game “Fortnite” (Ramirez, Bunny and Dakota are apparently seeing a rise in popularity) along with names seemingly inspired by Chip and Joanna Gaines’ children (Emmie, Ella, Drake and Crew, and even "Magnolia," have reportedly seen spikes).

The site also suggested that the Kardashian/Jenner clan, who have chosen names including Stormi, Nori, Chicago and Saint for their kids, have influenced 2018’s trends.

Make no mistake, though: The future will be filled with almost nothing other than Sophias and Jacksons. Disneyland should start ordering its novelty license plates accordingly.