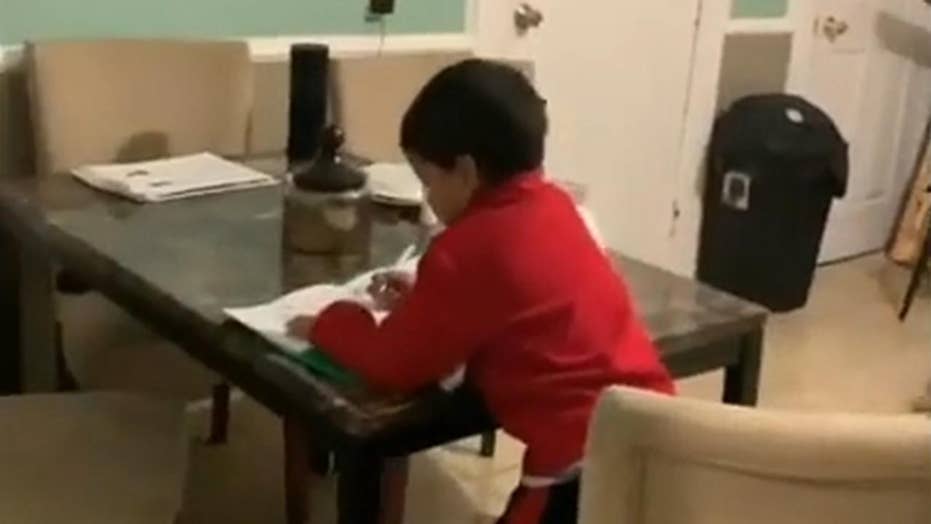 Mom catches son using Alexa to do his homework

In fairness, that’s a pretty smart thing to do.

A mother from New Jersey caught her son asking their Amazon Alexa for the answers to his math homework over winter break, leading the 24-year-old mom to jokingly ask Twitter whether she should “whoop him now or later.”

ALLIGATORS, WILDFIRES AND PUBLIC URINATION: THE WILDEST GENDER REVEALS OF 2018

Yerelyn Cueva shared footage of her 6-year-old son Jariel to social media on Dec. 20, reportedly after hearing him use his ingenious tactics from the next room.

“5 minus 3 equals 2,” Alexa responds, right before Cueva busts into the room to confront her son.

“It was just any regular day of doing homework,” Cueva told The New York Post. “I’m in the living room, and I overheard him asking Alexa some math problems, and I could not believe it,” she said, adding that Jariel actually loves math, but was just being “lazy.”

Little Jariel is also quite polite, according to his mom.

“What you don’t see is after, he says, ‘Thank you, Alexa, for helping me with my homework,’” she added.

Twitter, meanwhile, was largely impressed by Jariel’s attempt at “cheating,” with some dubbing him “a prodigy” and an "Einstein in the making.”

Yerelyn, too, is finding the humor in the situation — later sharing a picture of herself and “the young legend himself.”

Yerelyn also said she’s waiting for an invite to “The Ellen DeGeneres Show,” though Jariel could probably find her the production company’s number in just a few seconds.