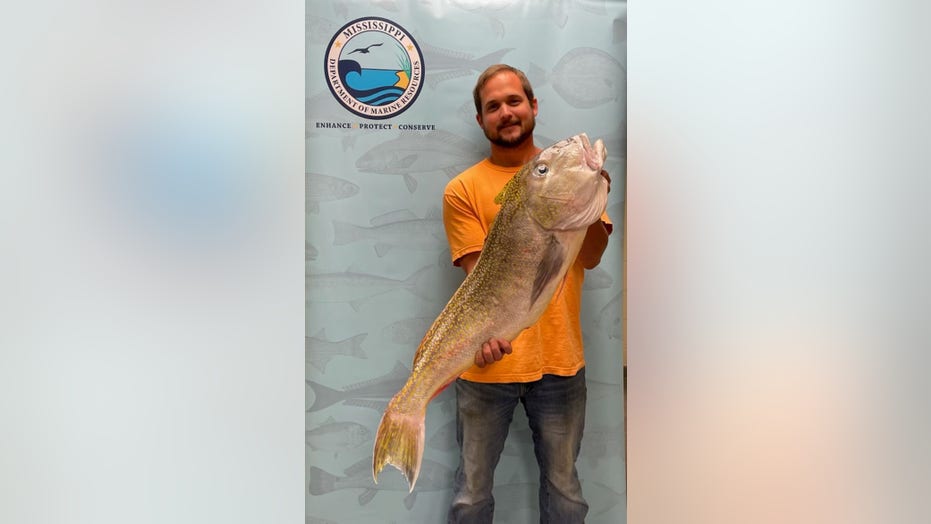 The state’s Department of Marine Resources just certified four fishing records with two of them set by children.

In a news release, the Mississippi DMR confirmed that Rodie Armes and Blake Bosarge had set youth records and that Dustin Conway and Jordan Matthews had set state records.

Conway caught a Golden Tilefish weighing 20 pounds and 11.68 ounces. Matthews earned a spot in the records books with an Inshore Lizardfish that weighs 9.1 ounces.

These are just the latest fishing records set this year.

An angler on the other side of the country in Minnesota recently broke a decades-old record after reeling in a large muskie. Fox News previously reported that while the fish was caught in late November, local officials have only confirmed the fish set a new state record in mid-December.

Nolan Sprengeler caught a 55-pound muskellunge on Nov. 22 during a fishing trip to Millie Lacs Lake, according to a press release from the Minnesota Department of Natural Resources. Sprengeler was out with two friends when he reeled in the fish around 8 p.m. The previous record had been set 64 years ago.

Sprengeler told the DNR, "On our last spot of the evening at about 9 p.m., I felt a tap on the end of my line. I fought the fish to the boat and Kevin Kray netted it for me. The fish measured 57.75 inches by 29 inches. After trying to revive the fish for about an hour we realized she wasn’t going to make it. We made the decision to bring the fish in to get weighed on a certified scale."