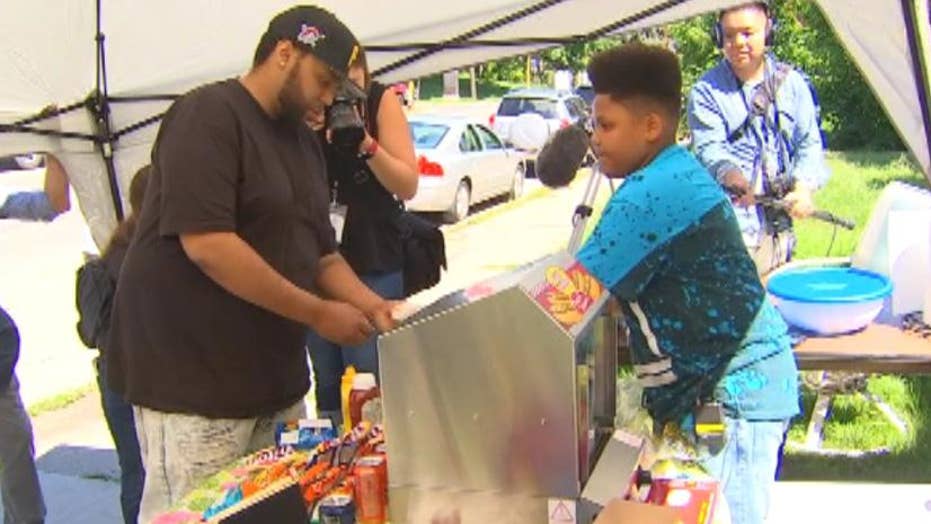 13-year-old Jaequan Falknew received an official business permit with help from the Minneapolis Health Department to sell hot dogs to his community.

Thirteen-year-old Jaequan Faulkner of Minneapolis, Minnesota is a young entrepreneur, owning and operating a small hot dog stand outside his home in the northern part of the city.

"It puts pride in me to see that I'm doing something good for the community," he told KARE 11.

But recently, the city’s health department received a complaint that Faulkner did not have a permit to sell hot dogs from his stand.

Rather than shutting down the young entrepreneur's business, however, Minneapolis city officials chose to help the teen instead.

“When I realized what it was, I said, ‘No, we’re not going to just go and shut him down’ like we would an unlicensed vendor,” Minneapolis Environmental Health Director Dan Huff said, according to KCPQ. “We can help him get the permit. Let’s make this a positive thing and help him become a business owner.”

The teen’s hot dog stand opened Monday for the first time with a permit.

“Every day I’ve been going home thinking, ‘This young man is the brightness of my day,’" Ann Fix with the Northside Economic Opportunity Network (NEON) said, according to Star Tribune. The organization is now working with Faulkner to help him learn more about running a business.

FDA TO CRACK DOWN ON NON-DAIRY BEVERAGES LABELED AS 'MILK'

Now city-approved, Faulkner said he hopes to buy a food cart to expand his business next summer.

“It’s not about the money,” he told the Star Tribune. “It’s just something I enjoy doing.”