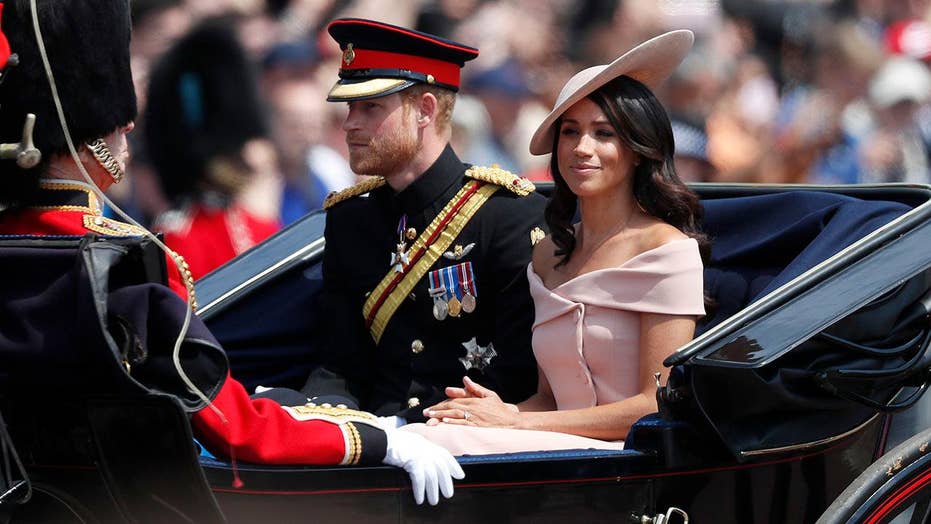 From being a humanitarian to navigating what it’s like to be biracial in Hollywood: learn more about Prince Harry’s American wife Meghan Markle.

As Meghan Markle studies up on royal protocol in preparation for her spring wedding to Prince Harry, the princess-to-be is already embracing the monarchy’s dress code.

Greeting the press at Kensington Palace on Nov. 27 with her new fiancé, media outlets took note of her sparkling engagement ring, which boasted a special connection to Princess Diana. But Markle’s barely-there manicure was no accident, either.

Apparently, the au naturel varnish follows a strict style guideline instituted by the queen herself. According to OK! magazine, it’s against royal dress code to sport brightly colored nail lacquer, as Queen Elizabeth thinks it to be “vulgar.”

The couple announced their engagement on Nov. 27. (AP)

Fashion outlets further speculate that Markle took a cue from her future grandmother-in-law and sported Essie’s beloved “Ballet Slippers" — Her Majesty’s favorite shade, according to Glamour — for the engagement photos. The "classic pink-nude shade" favorite costs only around $9, but it has boasted Queen Elizabeth’s unofficial patronage since 1989, when her hairdresser wrote to the brand requesting a bottle because it was "the only color Her Majesty would wear," Essie states.

Likewise, Kate Middleton, the Duchess of Cambridge, adheres to the au naturel manicure rule as well, only shaking things up with a custom hue for her April 2011 nuptials, according to her manicurist.

Markle’s understated Nov. 27 manicure wasn’t her first, either: The actress stepped out with similarly natural nails for the Invictus Games with Prince Harry in September.

Whether or not Markle will miss the holiday reds and vampy dark nail colors currently in vogue, it’s clear that she’s thrilled to marry her prince at last. The fashion spotlight will continue to shine on the future royal well through her wedding to Prince Harry in 2018.