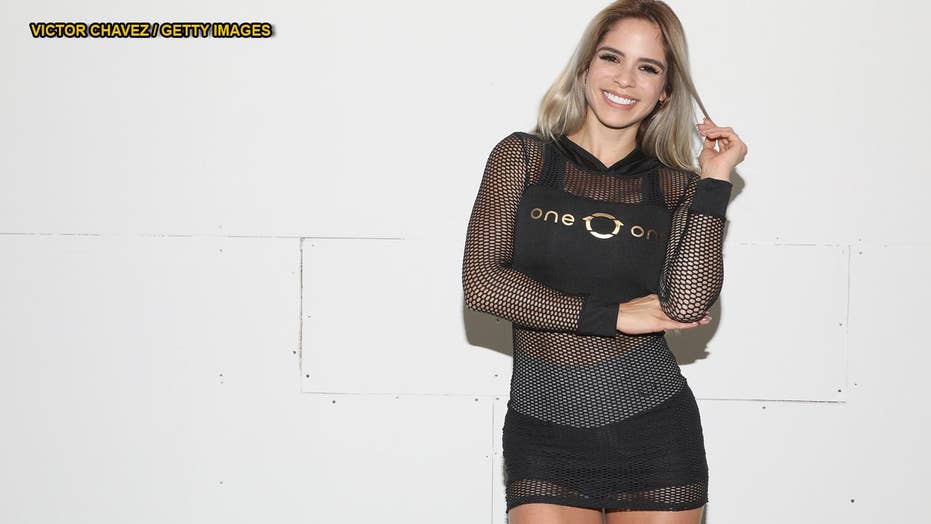 When fitness model Michelle Lewin traveled to the Bahamas for a photo shoot, she may have bit off more than she could chew. Lewin shared a video of herself on Instagram getting bit in the buttocks by one of the famed 'swimming pigs' of the Exumas. The post has already amassed more than 4.5 million views on the social media platform.

Like so many Instagram influencers before her, Michelle Lewin recently found herself in the Bahamas alongside the famed “swimming pigs” of the Exumas.

This time, however, the pigs weren’t in the mood for visitors.

The fitness model, 32, shared a video of herself getting bit in the buttocks by one of the pigs, then leaping across the beach before the pig’s buddies followed suit.

At the end of the footage, Lewin, who hails from Venezuela but is now based in Florda, shows off the bite marks on her left buttock.

ARE THE 'SWIMMING PIGS' OF THE BAHAMAS DYING OFF?

Lewin didn’t comment any further with her 13.3 million Instagram followers, opting instead for just the “shrug” and “pig” emojis.

The post has already amassed more than 4.5 million views on the social media platform, or more than quadruple the amount of views received by her last video, posted the day before.

But this isn’t the first Instagram model to share an embarrassing, behind-the-scenes moment from her seemingly glamorous life: In early January, Los Angeles-based DJ and model Charly Jordan shared a bikini video which showed her getting clunked on the noggin by a loose shower head.

When you get hit with that “k” reply,” Jordan captioned the Instagram video, likening the incident to receiving a short, dismissive text message.