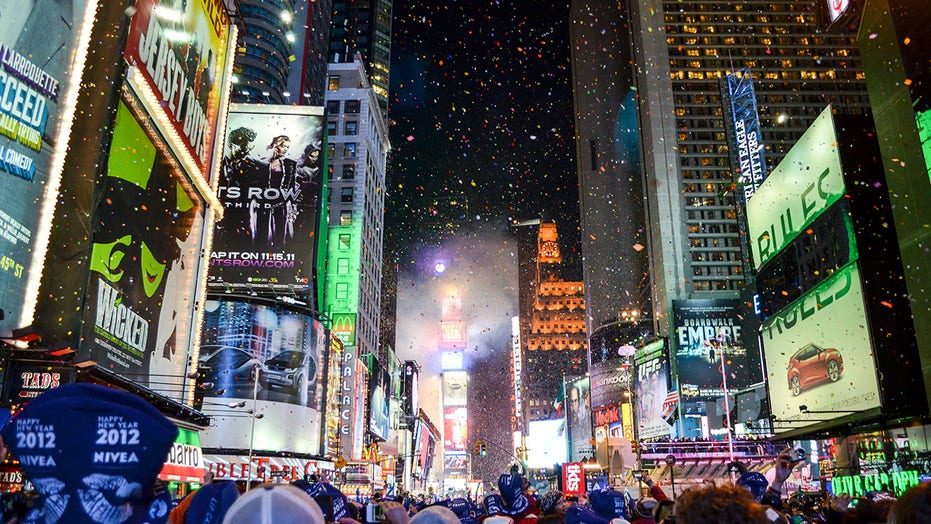 The ball drop in Times Square has a rich history behind it.

Every New Year’s Eve, thousands of revelers gather in New York City’s Times Square to watch the iconic ball drop from the top of One Times Square.

Dropping balls to signify a specific moment in time actually dates back to the early 19th century. According to the official Times Square website, a time-ball was installed at the Royal Observatory in Greenwich, England, in 1833. The ball would drop every day at 1 o’clock, allowing nearby boats to synchronize their timing instruments.

These time balls soon become common at naval academies and observatories and eventually made their way to the United States.

The New Years Eve Ball Drop in Time Square dates back to 1907. (iStock)

The first ball weighed 700 pounds and was emblazoned with 100 25-watt bulbs.

Since 1907, the ball has only not been dropped to commemorate the new year twice: in 1942 and 1943. Both years’ celebrations were scaled back due to wartime limitations placed on New York City.

The current Times Square time ball weighs 11,875 pounds and is covered with 2,688 Waterford Crystals. Instead of 25-watt light bulbs, the ball is lit up by 32,256 LEDs, made up of red, blue, green and white lights. This allows the ball to display more than 16 million colors and patterns.