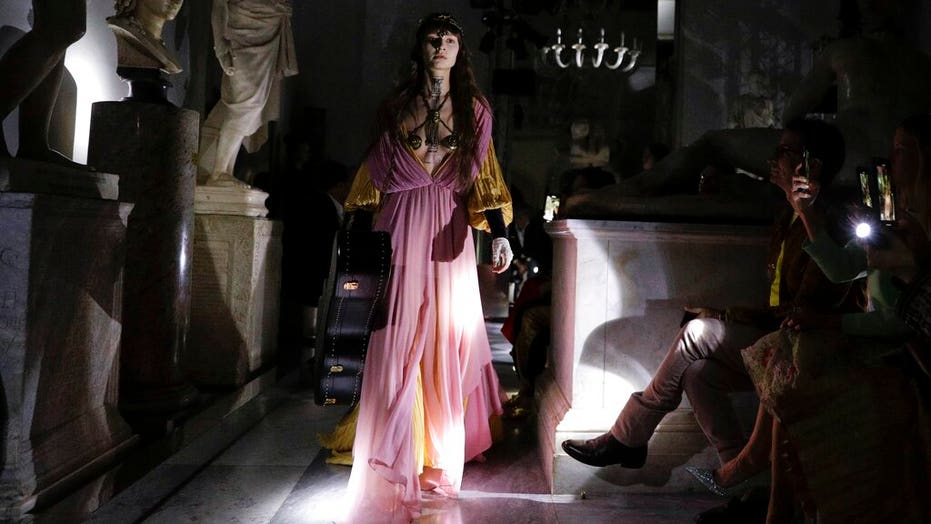 Gucci can’t seem to shy away from controversy.

After inciting social-media rage over a “blackface” turtleneck, an $800 turban, and even pricey pre-distressed “dirty” sneakers, the brand is taking a stance on women’s reproductive rights.

The luxury design house debuted its 2020 cruise collection Tuesday in Rome, at the historic Capitoline Museums. The show paid homage to the sexual freedom of the 1970s, with funky shapes, plenty of groovy prints and overt references to feminist issues.

Among the matching plaid ensembles, glittering sunglasses, jewels and Mickey Mouse-bedecked paraphernalia was an apparent jab at the abortion wars waging across the United States: a jacket emblazoned with the pro-choice phrase “My Body My Choice.”

It wasn’t just America’s abortion drama that Italian creative director Alessandro Michele had in mind. Other pieces in the collection were adorned with “194” and the date May 22, 1978, which Michele told WWD refers to law number 194, which established abortion as legal in Italy, and the date that it was passed.

“It’s unbelievable that around the world there are still people who believe that they can control a woman’s body, a woman’s choice,” he told the publication. “I will always stand behind the freedom of being, always.”

In part, these bold statements seem to jibe with Gucci’s Chime for Change initiative — an organization founded in 2013 that focuses on philanthropic work within the field of gender equality. The other factor is Gucci’s recently founded advisory council on diversity, which was created in reaction to all the backlash against the company of late, and helps ensure that non-PC pieces never make it to the sales floor.

A model wears a creation as part of the Gucci cruise collection that was presented at the Capitoline Museums in Rome. (AP Photo/Andrew Medichini)

But even with extra eyes on the design process, Gucci doesn’t seem to be afraid to stir the pot.