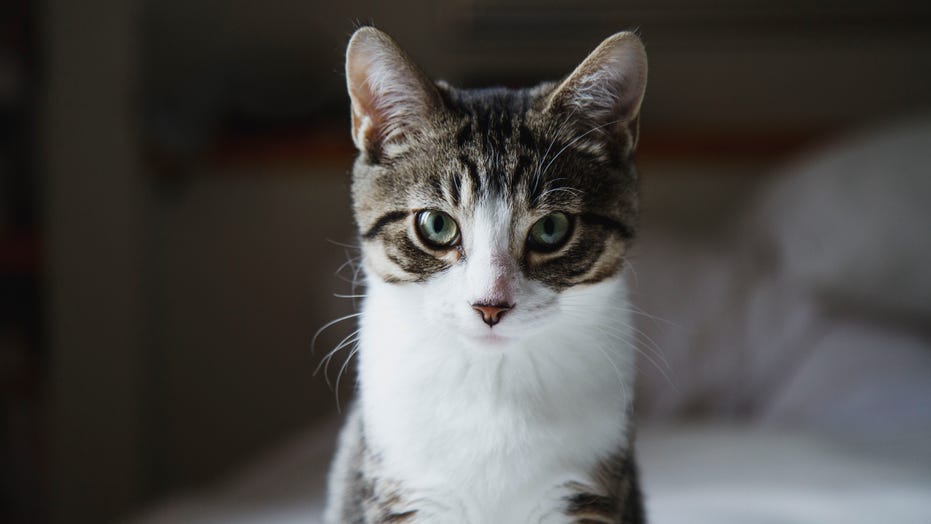 There’s nothing scarier than finding out that there’s something in your house trying to kill you. Unless it’s just your pet cat.

A Twitter user claimed he was having trouble breathing in his sleep, so he set up a camera to see what was going on at night. What he saw, however, was somehow both adorable and also terrifying (as only cats can pull off).

Luis Navarro posted on the social media site three pictures taken while he was sleeping. His cat can be seen getting closer to his face until it eventually just sits directly on his face, blocking his nose and mouth. It’s unclear if the cat is actively trying to murder him or just getting cozy, but it does look very comfortable in some of the photos.

“I couldn’t breathe when I slept so I installed a camera,” reads the original tweet.

Twitter users were quick to respond, especially other cat owners. Some shared similar stories, with one posting, “My cat used to do that to me! I only found out because when I woke up from my recurring dream of suffocating, he was sprawled out on my face.”

Another user shared a similar, if only slightly creepier story, posting, “I’ve woken up with my cat nose to nose just staring me dead in the eyes in the middle of the night.”

Another user had a more down to Earth explanation, saying, “They can feel your pulse, it’s calming. Same reason cats want to lay on a person’s chest.” Of course, several other users had darker suspicions, with one simply posting, “That cat is trying to suffocate you in your sleep, that’s attempted murder not love."

Another user had a completely different theory, posting, “Looks like your cat may be trying to stop you from snoring.”

Lastly, at least one user questioned how Navarro didn’t know what was going on, posting, “You needed a camera to tell you an entire being was sitting on your face?”