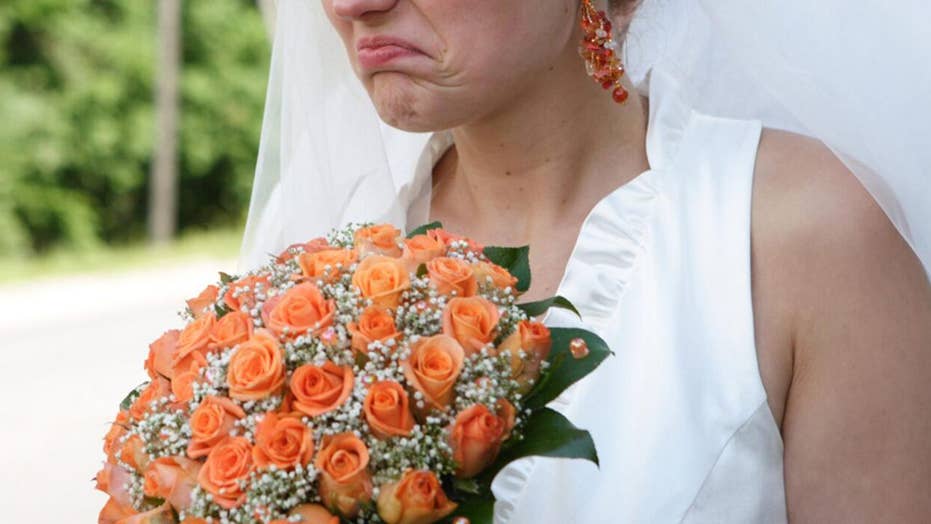 An anonymous bride shared a story on Facebook about an alleged incident where a last-minute wedding guest brought '10 Tupperware containers' to the event, which she planned to fill with leftovers from the buffet. While the bride was busy tending to her other guests at the time, she said her dad informed her about the incident the following day. To add insult to injury, the guest only gave the bride and groom a gift of $5.

This guest is apparently a big fan of leftovers, and upsetting the bride.

A woman from western Pennsylvania wrote on Facebook’s immensely popular “That’s it I’m Wedding Shaming” group about an alleged incident involving her wedding and a very hungry guest.

“My husband and I had a very small wedding ceremony and reception, probably about 25 people were invited,” she writes. “Only close family and a handful of friends.”

VEGAN WEDDING GUEST SHAMED FOR BEING 'RUDE,' BRINGING HER OWN FOOD

However, a few days before the wedding her dad’s friend asked if he could bring his daughter and her husband to the nuptials — to which she said she “didn’t have a problem with it.”

A woman from western Pennsylvania wrote on Facebook’s immensely popular “That’s it I’m Wedding Shaming” group about an alleged incident involving her wedding and a very hungry guest. (iStock)

“So [the daughter] shows up, without her husband, but with about 10 Tupperware containers. TO TAKE FOOD,” the outraged bride claims, stating her wedding was buffet style.

“She loaded up 7 Tupperware containers with food to take home, took about 3 containers of homemade cookies, a couple of bottles of beers, and most [of] the centerpieces,” she wrote.

Though the anonymous bride said she “didn’t notice any of this” at the time because she was busy tending to the other guests at the wedding, she said her dad told her about it the next day.

However, the bride’s frustration with the guest continued when she opened up the woman’s gift to the couple.

The bride went on to claim that the offending woman was “not poor by any stretch of the imagination,” and stated she was “probably better off than [the bride.]”

Those on the post were also horrified by the woman’s actions.

“She loaded up 7 Tupperware containers with food to take home, took about 3 containers of homemade cookies, a couple of bottles of beers, and most [of] the centerpieces,” the bride wrote of the offending guest. (iStock)

"Some people have no shame, I would be mortified to scab off someone like this, esp (especially) at a wedding,” one wrote.

“Message her asking for money to cover the cost of the food and center pieces she took,” another suggested.

“Omg my in-laws (husband's aunts) did this at our engagement party. I didn't know what to say, and they are medical doctors too, so not poor,” one woman shared.

Though the bride was clearly not happy with where her buffet food went, at least she wasn’t shamed for the spread like this couple.