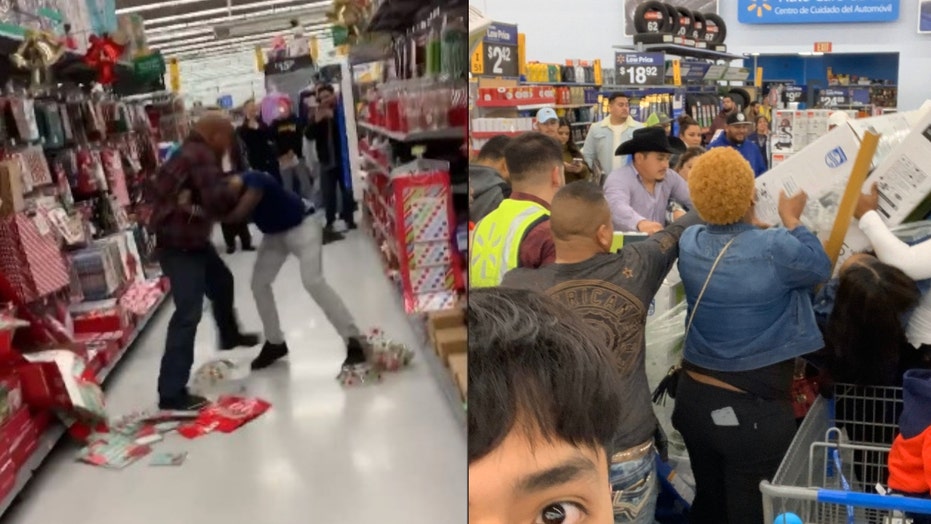 If there’s ever a time during the year to lose hope in all humanity, it’s on Black Friday.

Year after year, eager shoppers flock to department stores in hopes of getting their hands on discounted items for the holiday season. Unfortunately, a day intended for jolly shopping has developed a reputation for naughty behavior.

This year was no different, as several violent incidents across the country were caught on camera.

A fight outside of a Forever 21 store at the Lehigh Valley Mall in Pennsylvania on Thursday night was caught on video and shared on Facebook. At least five young men, possibly teenagers, are seen brawling as security guards attempt to break up the melee, but to no avail.

Two men were initially involved in a fistfight when a third man jumped in to deliver a number of blows to his victim. At least two other men are then seen getting into the fray. It’s not clear what ignited the Thanksgiving Day brawl.

Samuel Safadi, who filmed the fight, said security eventually separated the men and no one was arrested.

AIRLINE FIGHT BETWEEN PASSENGERS OVER WINDOW SHADE CAUGHT ON VIDEO

Another fight was caught on video at a Walmart store in Murrieta, California, where two men came to blows in the gift aisle.

“All this for wrapping paper,” a bystander appears to say in the background as the unidentified men violently tussle.

Turns out, the fight between the two men – one an active Marine and the other a retired Marine – was reportedly not over wrapping paper, but apparently over simple etiquette, according to The Press-Enterprise.

The men were waiting in the checkout line when an elderly woman apparently bumped into one of the men with her shopping cart, which prompted one of the men to make a comment. The other man reportedly scolded him and demanded that he respect his elder. That’s when they began to brawl.

A security guard is seen eventually breaking up the fight, which resulted in one of the men suffering a broken nose. No arrests were made because neither of the men asked to press charges.

In a third instance, the aftermath of an apparent brawl between two women at a Walmart in Hendersonville, Tennessee, was also caught on video. Walmart employees and security are seen breaking up a group of shoppers amid a chaotic scene, in which one woman’s hair is clearly disheveled from the fight.

“She hit me first,” the woman said after things got under control.

SIA REMOVES FAMOUS WIG TO BUY GROCERIES FOR HOLIDAY SHOPPERS AT WALMART: 'THE HEART, BEAUTIFUL SOUL YOU HAVE'

Walmart shopper Angel Garcia decided to take a few selfies inside a Dallas store when he encountered a group of customers duking it out for a flat-screen TV.

"Took selfies w/the Black Friday fight at Walmart," Garcia tweeted alongside three pictures showing part of his face and the mayhem going on behind him.

His post garnered a few funny reactions from Twitter users, with one person crowning him “iconic” for the comical selfies.

"Welcome to the royal rumble of shopping," another Twitter user commented.

One person shared a zoomed-in image of a young girl watching the battle go down. “Homegirl just wants her damn tv..,” the person tweeted.

In a less violent, but all the more ridiculous scrummage, two women at an undisclosed Walmart were caught on video getting into a tussling match over a Shark vacuum cleaner.

The two women refused to let go of what apparently was the last item available, as Walmart employees pleaded for them to “put it down.”

Based on the video, it’s unclear who came out victorious.

Here's to hoping next year, customers learn how to shop without losing their holiday cheer.