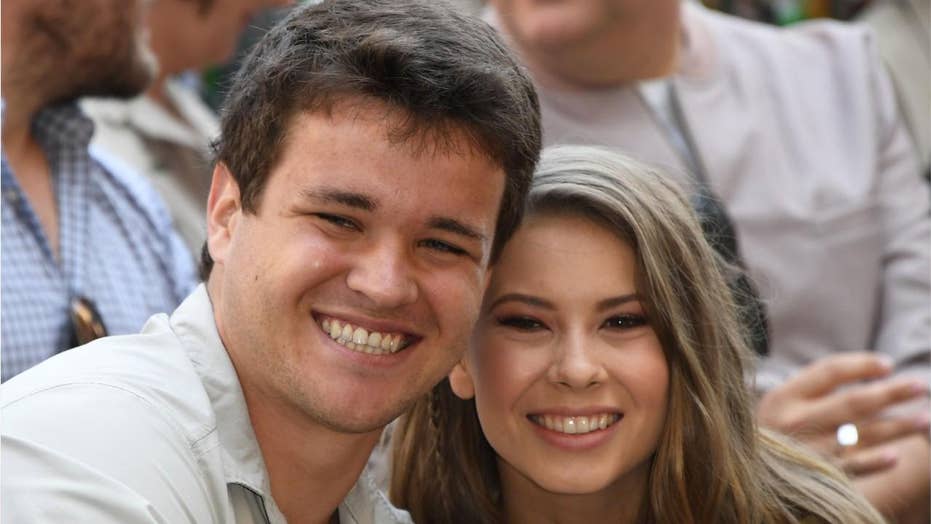 But will she be carrying a lemur down the aisle instead of a bouquet?

On Sunday, Bindi Irwin surprised her Instagram followers with a sneak peek at the gown she’ll be wearing to wed fiancé Chandler Powell next year.

The photo doesn’t reveal too much — just a sleeve, really — but the post confirmed that Irwin, 21, has chosen a lacier look for her upcoming nuptials.

“I said yes to the dress,” Irwin wrote in the caption alongside an engagement ring emoji.

On his Instagram, Powell, too, shared a sweet message about their upcoming wedding, writing, "Cannot wait to meer-y this girl" underneath a photo of he and Irwin with a meerkat.

Irwin, a wildlife conservationist and daughter of the late “Crocodile Hunter” Steve Irwin, announced her engagement to Powell in July, revealing that her beau popped the question on her birthday.

“On my birthday I said ‘yes’ & ‘forever’ to the love of my life,” Irwin wrote in a July 24 Twitter post. “Chandler, close to 6 years ago I fell in love with you and every day since has been a whirlwind of adventure and true happiness,” she added.

Since then, Irwin has revealed that her brother Robert will walk her down the aisle at the upcoming wedding.

"I'm always so grateful that Robert is there, and he has been such a big part of my life and he's always stepped up and been the one to give me a hug when I need it and encourage me forward in life," she told Entertainment Tonight.

Irwin also stated during an appearance on "Access" that she's thrilled Powell and her family get along so well.

“I’m so lucky that I’ve found my person in life,” Irwin said, while sitting alongside brother Robert and mom Terri. “And I’m also very lucky that my family loves him just as much as I do.”

“[Chandler] put on those khakis and he’s never looked back."