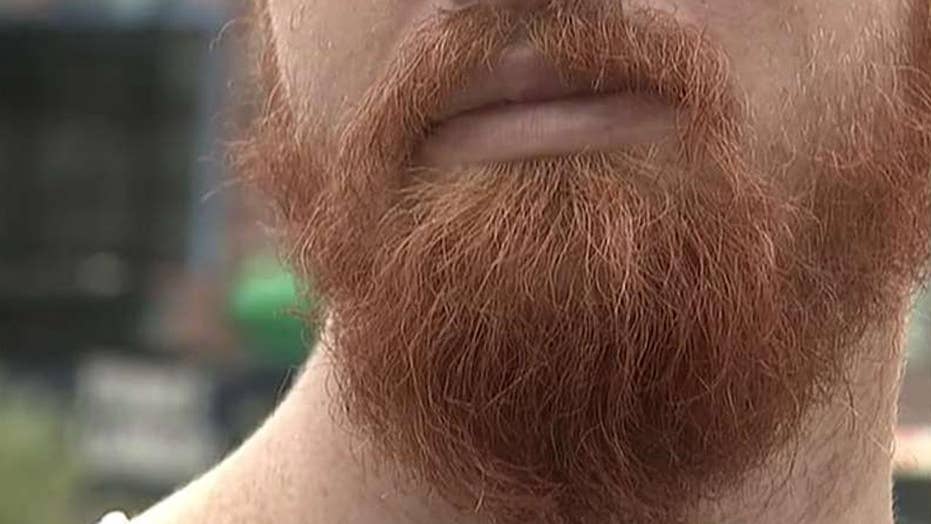 Men sporting big bountiful beards might have a reason to feel more confident — and not just because women might be more sexually attracted to guys who can grow them.

Research shows that flowing facial hair might have evolved to help fight-hungry humans better absorb blows to the head, according to a new study published in the journal Integrative Organismal Biology. The findings are the culmination of several research projects by the same team on human resilience, including experiments on the ability of the human face to take a punch and the human hands’ efficacy as melee weapons.

“We found that fully furred samples were capable of absorbing more energy than plucked and sheared samples,” according to the jaw-dropping experiment conducted by biologists Ethan Beseris, Steven Naleway and David Carrier.

Fortunately, no humans were slugged in the name of science. Instead, the team employed an epoxy composite skull covered in several styles of sheep skin — plucked, trimmed, and full-on mutton chops (so to speak). To replicate a punch, they then dropped a weight on the chin, and measured the force via load cell.

The scientists found that “peak force was 16 percent greater and total energy absorbed was 37 percent greater in the furred compared to the plucked samples,” per the report.

Specifically, the tough tufts acted as shock absorbers that dispersed the energy generated by a punch just enough to prevent the fragile jaw from fracturing.

Researchers concluded that the beard may function similarly to the mane of a lion or a baboon, “serving to protect vital areas like the throat and jaw from lethal attacks” during a fight. Especially as it sprouts on one of the most vulnerable regions of the body — the chin.