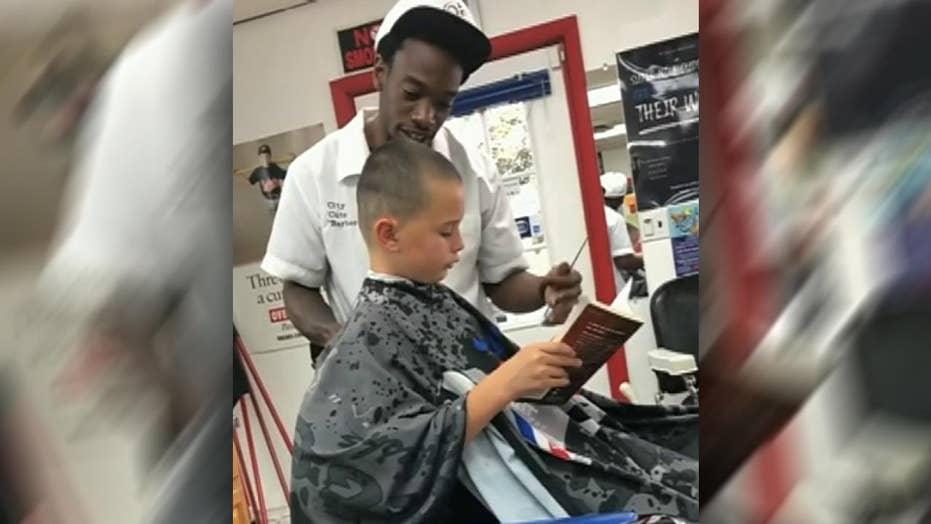 Boy in a barber shop reads aloud while receiving haircut.

A barbershop in Pennsylvania wants its youngest customers to feel good about themselves – both inside and out.

Jon Escueta, owner of City Cuts Barbershop in Kutztown, has launched an initiative aimed at building his young customers’ self-esteem by having them read out loud while getting their hair cut.

"We have kids who come in and want to read no problem, but it's the shy kids that will make a little bit of a difference in their lives," said Escueta to WFMZ-TV.

Escueta said the idea came to him while he was coaching youth basketball.

"We had to pick one out of the group and made him speak to the team by themselves. It helped tremendously because they started communicating toward the end of the season," Escueta said to the news outlet.

The barbershop owner admitted to Reading Eagle that he struggled with being too shy to speak up – a trait that he didn’t break until he began coaching basketball.

“I had to give the kids directions and tell them the game plan so I had to work on my confidence,” he said.

Escueta said he started the program last year and offered children $3, a free book and a piece of candy if they would read to him while getting their hair cut.

“We had this one kid who used to come in here with his mom and wouldn't say a word the whole time,” he told the Reading Eagle. “The first time he read a sentence, and last time he was here I think he read three chapters.”

Though the program has been around for a bit, Escueta said it just started picking up interest from all over.

"Before the new year it was like 200 hits on Facebook. 200,000 I mean," Escueta said to WFMZ-TV. "Out of nowhere it took on a life of its own and now we are averaging a million views."

Now children’s book authors are reaching out to him to collaborate and offer editions of their books to have in his shop.

Though Escueta isn’t in it for the fame – he just hopes other barbershops will notice the positive impact and possibly implement their own reading program.

"A lot more people, especially the barbershops in the city, I hope they adopt the program. I think it can help tremendously," he said to WFMZ-TV.