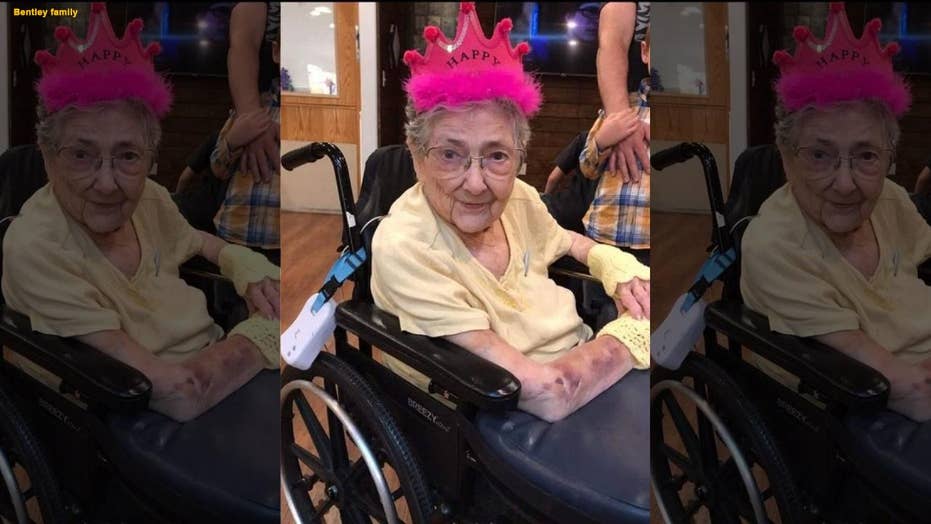 The family of an Oregon woman whose body was donated to science after her death said they had no inkling during her 99 years of life that she had a rare condition that caused her organs to exist in the wrong places.

The family of an Oregon woman whose body was donated to science said they had no inkling during her 99 years of life that she had a rare condition that caused her organs to exist in the wrong places.

In fact, when Bentley, who died in Oct. 2017, had her appendix removed years prior, her family said the doctor noted finding it in a strange location, but there was never any follow-up on her other organs.

This medical illustration shows how Bentley’s abdominal organs were a mirror image of typical human anatomy, meaning they were transposed right to left. She also had an abnormality called a hiatal hernia, which is when a portion of the stomach protrudes through the diaphragm, a thin muscle that separates the abdomen from the chest. (Lynn Kitagawa for OHSU)

“I knew something was up, but it took us a while to figure out how she was put together,” Cam Walker, Ph.D., an assistant professor of anatomy at OHSU Anatomical Service Center, said in a press release posted by EurekAlert!

Eventually, the class diagnosed Bentley with situs inversus with levocardia, a condition which causes the heart and abdominal organs to be either reversed or mirrored from normal positions in the body. According to the press release, it is diagnosed in about one in every 22,000 births, and is typically associated with life-threatening ailments concerning the heart or other abnormalities. The OHSU team believes Bentley is the oldest-known patient with the condition.

“It was quite amazing,” Warren Nielsen, one of the OHSU students who worked with Bentley’s body, said in the press release. “We were able to not only learn normal anatomy, but also the anatomic variation that can occur.”

Bentley’s five children told the team that she lived an active, healthy life, and that she would think “this was so cool.”

“She would be tickled pink that she could teach something like this,” Louise Allee, one of Bentley’s children, said in the press release. “She would probably get a big smile on her face, knowing that she was different, but made it through.”

Walker, along with Mark Hankin, Ph.D., a professor of anatomy and senior anatomist and director of OHSU Anatomical Services Center presented Bentley’s case at the 2019 American Association of Anatomists Annual Meeting at Experimental Biology.

Both Bentley and her husband, who died 15 years ago, donated their bodies to the OHSU Body Donation Program.