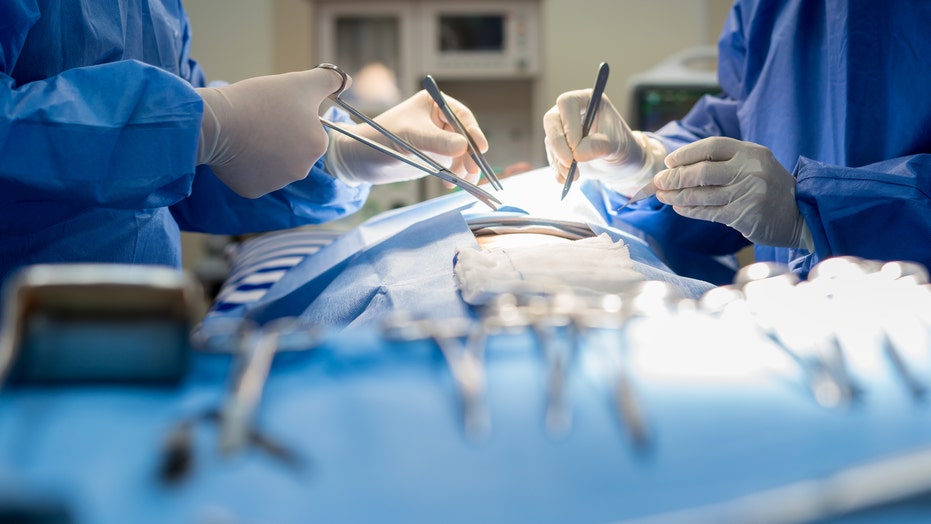 An 80-year-old woman in Russia whose alleged skepticism of doctors reportedly kept her from seeking help for a growth in her abdomen finally had the 33-pound mass removed after 20 years.

The woman, whose identity is being withheld by Russian media, was reportedly restricted to a liquid diet because of the growth and had only called the doctor when she started gaining weight from her water-only diet, CEN reported.

She was rushed into surgery at Domodedovo City Hospital outside of Moscow where surgeons removed the massive tumor. CEN said she was a “strict opponent of scientific medicine,” which prevented her from seeking help sooner.

The 33-pound tumor had reportedly been growing in her abdomen for 20 years.  (CEN)

The tumor, which was photographed by surgeons, weighed 33 pounds and had been affecting her digestive health. The hospital’s chief surgeon, Andrey Osipov, said she was officially diagnosed with acute intestinal obstruction, CEN reported.

CEN did not report what the Russian woman’s current condition is.

While massive, the 33-pound tumor is one of a handful recently removed from patients who put off going to the doctor. In May, a man named Sakthivel finally sought help for a mass that had been growing on his head for the last two decades. The 11-pound tumor had been growing off the back of his skull, but he was allegedly afraid to see a doctor after his brother died during an unrelated surgery.

The 31-year-old finally sought treatment once it began impacting his everyday life.