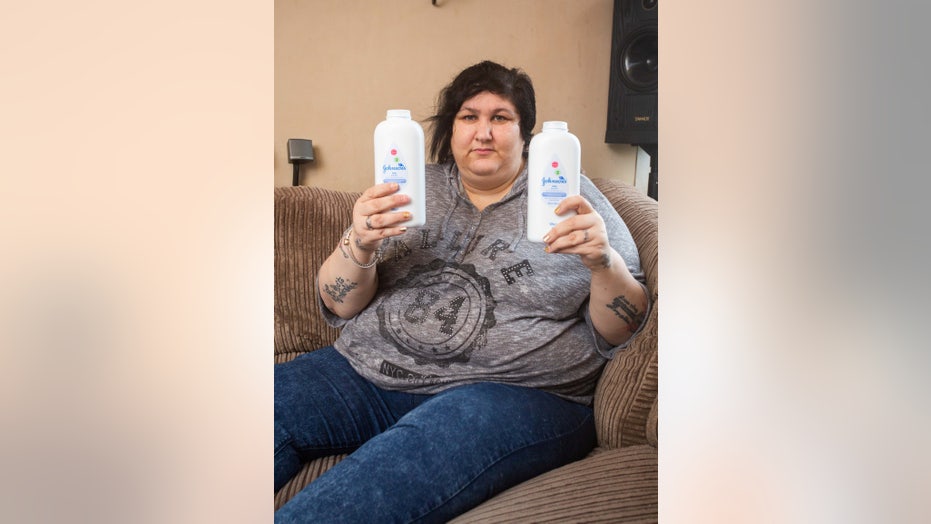 A woman in the U.K. was secretly gorging on baby powder for 10 years before her ex-partner discovered the bizarre habit, which she is now seeking professional help for. Lisa Anderson, who said she has depression and anxiety and has been told she may be suffering from pica, is awaiting a formal diagnosis.

She said her symptoms first started after the birth of her fifth son 15 years ago.

Pica is an eating disorder that involves eating items not typically considered food and that have no nutritional value. Symptoms include persistent eating of these types of substances, which can include dirt, hair, metal, pebbles, ash, clay and others. Risk factors include other mental health disorders such as schizophrenia or autism, as well as iron-deficiency anemia and malnutrition, according to NationalEatingDisorders.org.

Anderson, 44, said she spends around $13 a week keeping up with her habit, which revolves around bottles of Johnson’s baby powder.

Anderson said the longest she has gone without the powder was two days, and that she eats mints in public to attempt to satisfy her cravings.  (SWNS)

“I’ve always had it in the house and would douse myself with it after having a bath or shower,” she told British news agency SWNS. “I’d use it on the kids after giving them a wash no problem. And then one day I remember being in the bathroom and the smell was just overpowering. There was a bit of dust that had come off the top of the bottle. I had this sudden urge to eat it and I just couldn’t fight it. I just licked it off my hand and really enjoyed it. It just hit this spot.”

From there, Anderson claims her addiction snowballed to the point where she can’t go more than 30 minutes without it. To satisfy her craving in public, she chews on mints for relief, SWNS reported.

“The longest I’ve been without it is two days,” she told the news outlet. “That was the worst time of my life. I hated it.”

Her ex-partner barged in on her in the bathroom 10 years ago after growing suspicious of her behavior and convinced her to see a doctor. She is now waiting to see a therapist for a formal diagnosis but is speaking out so others who have developed strange addictions do not feel alone.

“I spent years not knowing what was going on or happening," she told SWNS. “But it turns out it is a condition. And I just want to let others know they are not alone.”