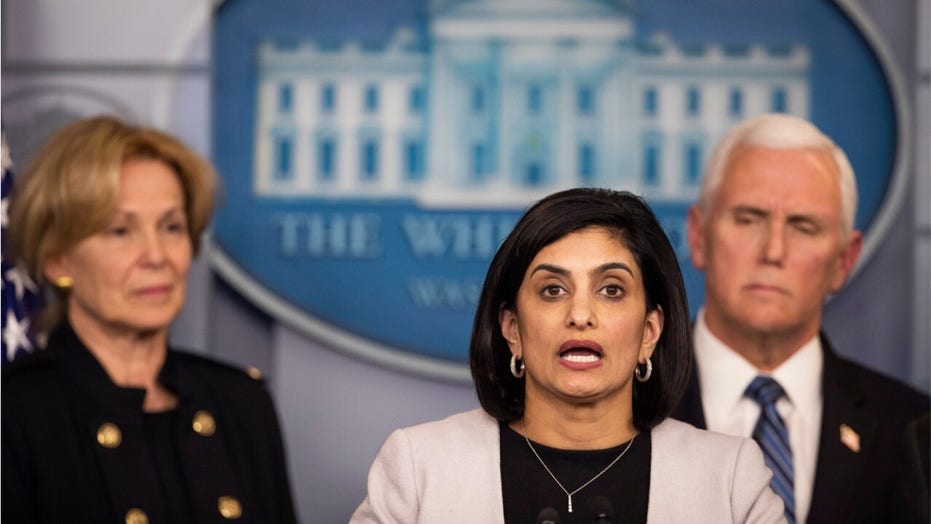 Who is Seema Verma?

What to know about Seema Verma, the administrator of the Centers for Medicare and Medicaid Services, and a member of President Trump’s Coronavirus Task Force.

Seema Verma is the administrator of the Centers for Medicare and Medicaid Services, which helps administer the Affordable Care Act – the Obama-era law that Verma has advocated for either repealing or scaling back.

In late February, Verma was appointed to President Trump’s Coronavirus Task Force, which is headed by Vice President Mike Pence.

Trump had nominated Verma to her post at the CMMS in November 2016 and U.S. Senate confirmed her appointment in March 2017, according to her biography on the website of the U.S. Department of Health and Human Services, which oversees the CMMS.

Her position calls for her to oversee health care programs that provide services to more than 100 million Americans, with an annual budget of more than $1 trillion.

In addition to her criticism of the ACA (also known as ObamaCare), Verma has voiced opposition to Medicare for All, the health care proposal supported by Democratic presidential candidate Bernie Sanders and others.

“Medicare for All would strip Americans, 180 million Americans, of their private health insurance and put them on a government-run, bureaucratic program,” Verma told PBS NewsHour in a January interview. “If we look at the programs that we have today, our government-run programs, our Medicare program is not affordable. The Medicare Trustees have indicated in the next seven years they’re gonna run out of money, they’re gonna have trouble paying their bills.”

“Medicare for All would strip Americans, 180 million Americans, of their private health insurance and put them on a government-run, bureaucratic program.”

“As the head of the Medicare program, I see every day that government regulations kind of stand in the way, that there are delays in our beneficiaries being able to access treatments,” she said. “That’s why the president put out the Medicare Executive Order, which was focused on making sure we can do better with this. But I think, you know, putting more people on a government program is actually going to threaten the sustainability of the programs that we have in place today.”

Verma previously served as a top health policy adviser to Pence when he was governor of Indiana, according to The New York Times.

She helped overhaul the Medicaid program there and in several other states -- including Indiana, Iowa, Ohio and Kentucky – and was involved in similar efforts in Tennessee and Maine, her HHS biography says.

Some of that work was done through a consulting firm called SVC Inc., which she founded and has since sold, the Times reported.

Other past positions include serving as vice president of planning for the Health & Hospital Corp. of Marion County, Ind., and as director of the Association of State and Territorial Health Officials (ASTHO) in Washington, D.C.

Her biography on the HHS website adds that she earned a master’s degree in public health at Johns Hopkins University and a bachelor’s degree in life sciences at the University of Maryland.