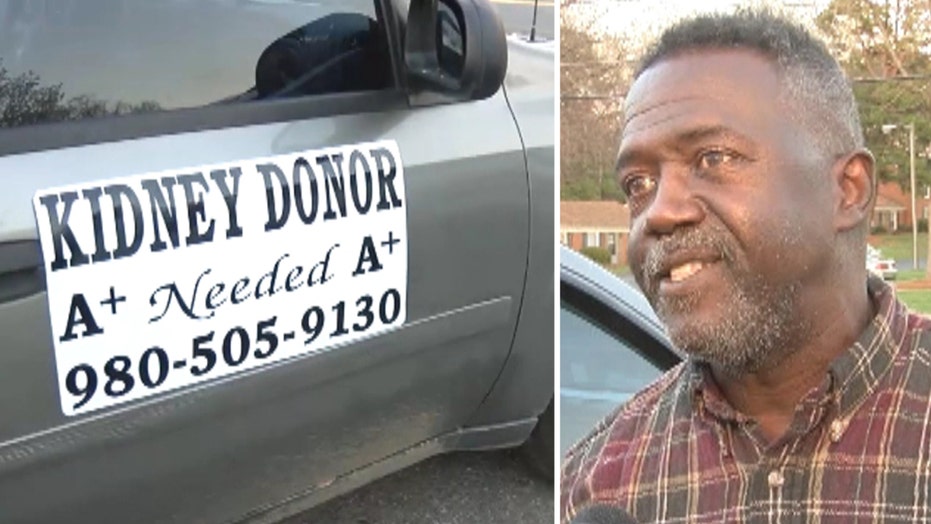 A North Carolina veteran in need of a life-saving kidney transplant has turned his car into an ad-on-wheels in hopes of attracting a potential donor. Edmund Baines, 55, said he wants to live to see his children and grandchildren grow.

“I’m just trying to get the word out there that I need a kidney,” Baines, of Charlotte, told the news outlet. “I’ve been on dialysis for two years and I need a kidney and the hospital that I was attending told me to just put it on the side of car, to just advertise it.”

Baines is currently on disability because dialysis prevents him from working, so for three weeks he’s been driving around near his home in hopes of catching someone’s eye.

“This really stops your life,” he said. “You can’t do certain things, you can’t go certain places. It just messes with your life altogether.”

Baines served in the Army for eight years and is currently receiving treatment through a local V.A. hospital. His doctors told him it could take up to seven years to find a donor, which prompted him to start giving away some of his possessions to his children and grandchildren.

“Well it doesn’t feel good but you have to make the best of it,” he said. “You don’t let it get you don’t because you just look at it from day to day, that one day it’s going to be your day.”

Baines said that if he does find a donor, he’ll take care of his new organ and “baby it because I know the importance of having a kidney now.”