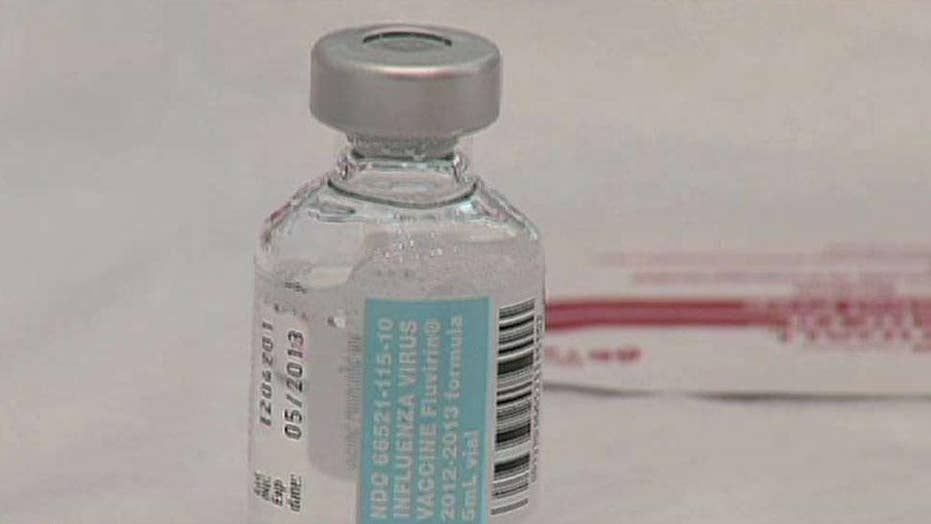 ATLANTA -- What if you could skip annual flu vaccinations and get multiyear protection from a single shot? An infusion of federal dollars into research and development may be just the thing to bring such a “universal” flu vaccine closer to reality.

"The government's putting a very large investment in developing new vaccine strategies, new platforms and basically making the flu vaccine work for all populations,” said Ted Ross, director of the Center for Vaccines and Immunology at the University of Georgia.

Monday afternoon, UGA announced it has signed a contract with the National Institute of Allergy and Infectious Diseases, a division of the National Institutes of Health (NIH), which will provide up to $130 million in funding over seven years. UGA will lead one of the projects and collaborate with scientists at 14 other universities and research institutions.

PHYSICIAN: WE NEED A UNIVERSAL FLU VACCINE -- NO MORE EXCUSES

At the end of that seven-year period, researchers hope to bring a universal flu vaccine to market, which would offer longer protection than current shots.

"We'd love for it to be lifetime,” Ross said. "But to be realistic, it'll probably be more like a five- to 10-year period of time. Then you might get a booster again and they’ll ask you for another in five or 10 years. We hopefully can continue to expand that period of time in which you could be protected."

Because flu viruses are constantly changing, public health officials have to update the current vaccine each year based on the three or four strains they predict will be most prominent in the coming season. In developing a universal vaccine, researchers are looking for multiple weaknesses across a wider range of flu viruses.

"We've actually taken the approach of taking the best parts of all the different flu strains that are circulating and generating a single vaccine with each of those parts in it,” Ross said. "So no matter where the virus evolves, we're able to continuously stay ahead of it and have immune responses that will neutralize that new variant.”

SHOULD YOU GET THE FLU SHOT? WHAT TO KNOW ABOUT THE 2019-20 FLU SEASON

UGA’s research will focus on developing more effective vaccines for children, the elderly and people with underlying health conditions who are particularly susceptible to flu.

"So it may not be one-vaccine-fits-all,” Ross said. “There may be designer vaccines for different populations of people that are the most effective."

The Centers for Disease Control and Protection (CDC) recommends everyone 6 months old and above get an annual flu vaccine, not only to protect themselves but to avoid infecting others who are at risk of developing severe complications from flu.

But during the last flu season, the agency estimates less than two-thirds of American children (63 percent) and less than half of U.S. adults (45 percent) got vaccinated. Ross said he believes a long-acting universal flu vaccine would increase coverage.

Recent studies suggest the current flu vaccine reduces the risk of illness by 40 percent to 60 percent among the overall population during years that the shots are a good match for the viruses in circulation. Ross said his goal is to develop a universal vaccine with an effectiveness of 70 percent to 90 percent.