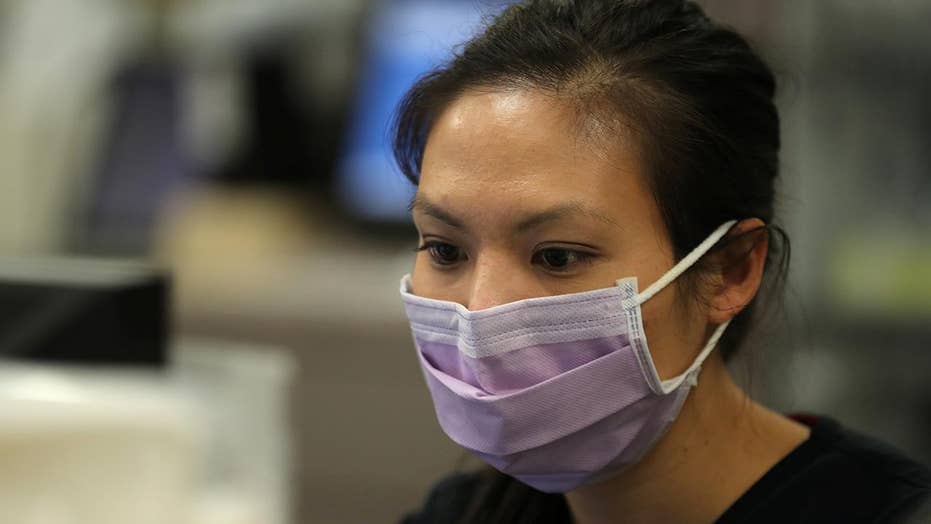 Hospitals feeling the full force of this year's flu season

CDC reports that for every 100,000 people with the flu, 41.9 of them needed hospitalization.

My late father could recall as a child the horrendous flu pandemic of 1918-19. Horse-drawn wagons piled with corpses rolled through the streets of Philadelphia, where the death toll that winter was 15,556. In total, more than 500,000 Americans died. Worldwide, the pandemic was the worst in history, claiming between 50 million and 100 million lives.

We haven’t seen numbers approaching those in a century, but seasonal outbreaks of flu sicken and kill many thousands of Americans even in a good flu season, and this is a bad one.

This flu season, which is still inflicting misery and debility on much of the country, is ominous. The statistics are likely to be on the high end of those ranges.

Hospital emergency rooms and isolation wards are filling up with flu sufferers around the nation. Deaths are running ahead of recent years, and except for Hawaii, the entire United States is experiencing “widespread” flu activity.

Moreover, pharmacies have reported shortages of the most common oral anti-flu medication – oseltamivir, or Tamiflu – and also of intravenous solutions needed to keep hospitalized patients hydrated.

Vaccination is the key to prevention. According to estimates from the CDC, in six flu seasons, starting in 2005-06, flu vaccination against a variety of strains prevented almost 14 million cases. That might seem impressive, but our current vaccines often are barely adequate. Too many vaccinated people still get the flu, and when it comes to research funding, our public health agencies seem little exercised about it.

Because flu viruses mutate frequently, vaccines are reformulated early in the year as a mixture of virus strains predicted to prevail during the next fall and winter. Depending on how good the selections of strains are, during a given flu season the effectiveness can vary widely; since the 2004-05 season, vaccines’ effectivenesss has varied from 10 percent to 60 percent.

This year, the vaccine is a poor match (probably around 30 percent effective), in part because most illnesses are caused by a virulent strain called H3N2, against which the flu vaccine typically isn’t very effective.

One of the reasons for flu vaccines’ relative ineffectivness is that most of the vaccine is prepared from fertlized chicken eggs, a method of production known to reduce the effectiveness against certain flu strains, particularly H3N2.

Most flu vaccines work by exposing us to non-infectious components of a virus – the viral antigens – that elicit an immune response.

Regulators should encourage manufacturers to stop using chicken eggs and instead prepare vaccines in “cultured cells” – cells that have been removed from animals and grown under controlled conditions. This method would produce vaccines with greater fidelity to the targeted flu strains. Many U.S.-licensed vaccines are already produced this way, such those for rotavirus, polio, smallpox, hepatitis, rubella and chickenpox, plus at least two flu vaccines.

We also need more research on “adjuvants” – chemicals mixed with the viral antigens to further boost our immune response. But most of all, we need to accelerate research on the holy grail of flu prevention: a “universal” vaccine that would target a part or parts of the flu virus that remain unchanged among different strains, even during the virus’s rapid mutations. A universal vaccine has the potential to provide us with long-term protection from all strains of flu.

Several different approaches to a universal vaccine are being pursued, but significant challenges remain. The difficulty is that the part of the flu virus most capable of producing an immune response – protein spikes on the surface of the infectious form of the virus – is the part that mutates, or drifts, from year to year, which is why vaccines need to be constantly updated. This contrasts with the vaccines for other viral diseases, such as measles and mumps, which confer long-lasting immunity.

There is a portion of the flu virus that is stable, but does not produce a strong immune response. So for it to be used in an effective vaccine, researchers will need to find a way to make it stimulate the immune system sufficiently after it’s injected.

Another approach, reported only last month in the journal Science, uses genetic engineering techniques to construct a live but low-virulence virus that has been crafted in a way that – when tested in mice and ferrets – elicits both an antibody response and immunity mediated by a subset of white blood cells called T-cells. The dual response of antibodies and cell-based immunity is promising because T-cell-mediated immunity tends to be long-lasting.

In spite of the importance of research on universal vaccines, there is surprisingly meager federal research funding in this area. A recent New York Times op-ed – by Michael T. Osterholm, director of the University of Minnesota’s Center for Infectious Disease Research and Policy, and writer Mark Olshaker – tracked the government’s investment in universal flu vaccine research.

The two wrote: “The National Institutes of Health has publicly declared developing a (universal) vaccine a priority, (but) it has only about $32 million this year specifically for such research.”

Another federal agency, the Biomedical Advanced Research and Development Authority, is spending $43 million on a single project in pursuit of “game-changing influenza vaccines.”

These are puny efforts when compared to the roughly $1 billion spent annually on developing an HIV vaccine and the many billions that have been spent on vaccines for the Zika and Ebola viruses, which have little relevance to Americans.

At least 37 US children dead from widespread flu epidemic

Gerri Willis reports on how the CDC is responding.

We also need more research on making flu vaccination more effective for the elderly. Within the population, a vaccine’s effectiveness varies widely because it is affected by the general health and age of the recipient. Although people 65 and older make up only 15 percent of the U.S. population, on average they account for about 60 percent of the hospitalizations and 90 percent of the deaths attributed to seasonal flu.

Seniors respond less well to vaccines than younger people because, as we age, our immune system functions less well. Scientists at the National Institutes of Health, after reviewing 31 vaccine response studies comparing groups of different ages, called for more potent formulations for the elderly.

But exactly how strong the shot should be, and whether additional injections would boost immunity, requires more study. There is currently a flu vaccine for people over 65 that contains four times as much antigen as regular flu shots, and one that contains an adjuvant, but they have improved the shot’s effectiveness only marginally.

Increasing research funding on adjuvants, more effective dosing regimens and better production methods are achievable changes that would better prepare us to face flu outbreaks. In the meantime, an easy and often-neglected intervention would be for public health officials and the media to make the public more aware of the currently available anti-flu medications, Tamiflu and Relenza, that can not only often prevent the flu but also shorten the duration and severity of the illness if it occurs.

The development of a universal vaccine is more challenging but it promises much greater results, and deserves more support. This fearsome flu season should serve as a wake-up call: We need to be more aggressive in developing flu vaccines that prevent infections, as we’ve done for many childhood viral illnesses.