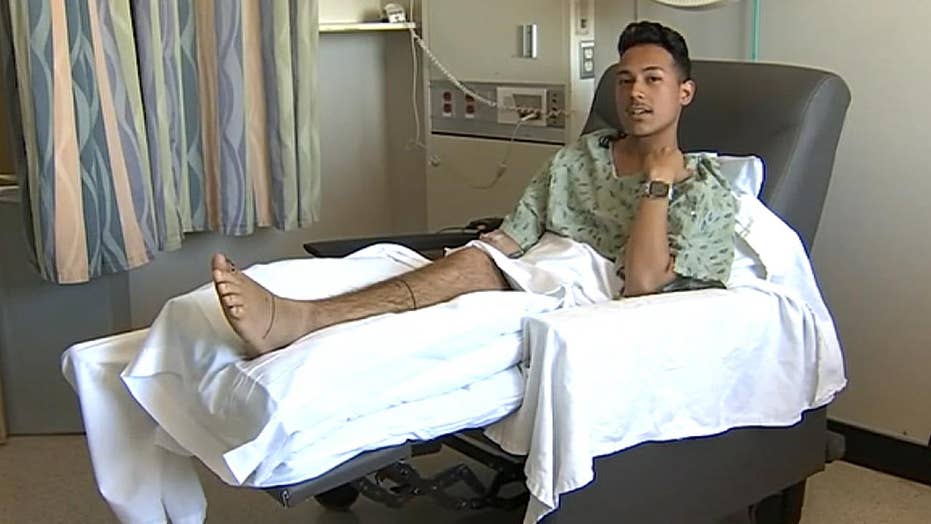 17-year-old Anthony Rodriguez suffered allergic reaction to traditional rattlesnake bite treatment at a Texas hospital and was flown to Banner University Medical Center in Arizona to receive the newest type of anti-venom.

A 17-year-old Texas teen is currently being treated in Arizona after a rattlesnake bite landed him in the hospital, where he had an allergic reaction to the traditional anti-venom given to patients and had to be transferred out-of-state to receive the newer medication.

“My eyes started getting swelled up bad, started getting puffy and they said they had to stop it,” Anthony Rodriguez, who was playing soccer with friends when the snake bit him, told Fox 10 Phoenix.

Rodriguez was transferred to Banner Medical Center and is now receiving Anavip, an anti-venom developed in horses. Dr. Steven Curry, the hospital’s director of the Department of Medical Technology, told the news outlet that the medication is an alternative to the older anti-venom, which is made in sheep.

“We have seen evidence suggesting that patients who receive it are less likely to have a recurrence of swelling or a recurrence of bleeding problems after being discharged from the hospital,” he told Fox 10 Phoenix.

The hospital has reportedly treated 18 rattlesnake bite patients since February, with Curry telling another outlet that they aren’t sure why there has been an uptick in the number of cases. He said some cases involve hikers.

“It tends to jump from year to year,” he told AZCentral.com. “But we just don’t know why.”

For Rodriguez, the snake struck when he entered tall grass to retrieve the soccer ball.

“I went in there and I grabbed the ball, and on my way back I stepped on something and heard a snake rattle under me,” he told Fox 10 Phoenix. “And I heard it hiss and it just bit me I guess. I wasn’t sure it was actually a snake.”