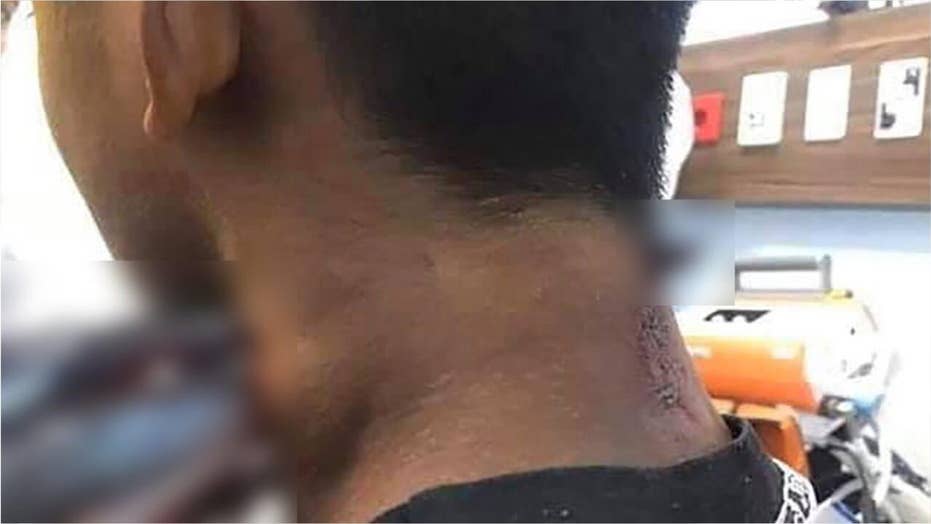 A 16-year-old in Indonesia is in stable condition after a needlefish impaled his neck while fishing.

A teenager was impaled in the neck by a fish while he was fishing with family in Southern Indonesia, according to multiple reports.

Muhammad Idul, 16, said the impact of the needlefish threw him from his fishing boat, according to reports. He swam to shore with the fish thrashing in his neck.

"A needlefish suddenly jumped out of the water and stabbed my neck," Idul told the BBC. "I asked Sardi [Idul's friend from school] to help - he stopped me from trying to remove the fish to prevent bleeding."

He was taken to a hospital and transferred to a hospital in Makassar for emergency surgery, the BBC reported. A team of three surgeons and two anesthesiologists took two hours to remove the fish.

Anesthesiologist Syafri K Arif said the teenager is in stable condition and will remain at the hospital for three to four days to prevent infections, according to the New York Post. The impaled fish head likely helped to stop the bleeding.

"We're monitoring his condition. He might be discharged in a few days but he can't go back to his village yet because he needs more check-ups," Saleh told the BBC.