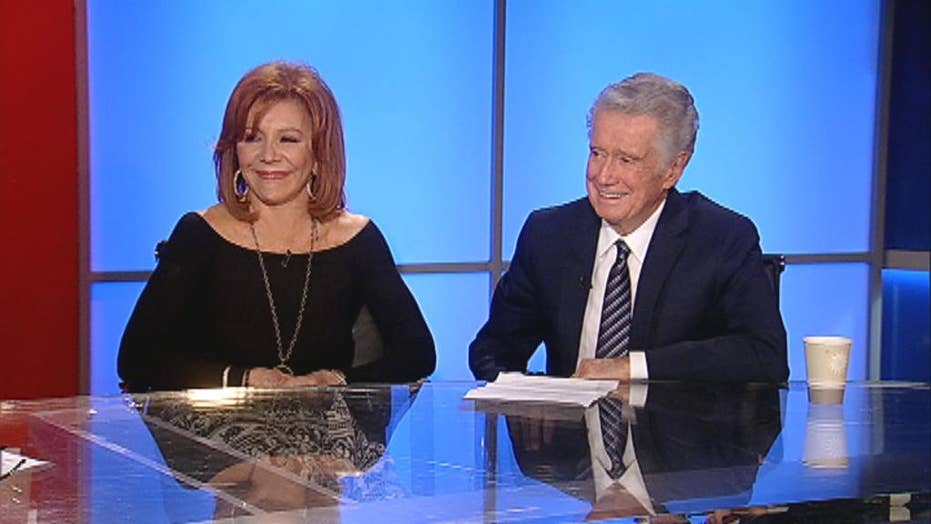 For years, millions of viewers tuned in to Regis Philbin to hear about the day’s hot topics or his latest life happenings. Now, the 86-year-old and his wife, Joy, are hoping his fans will listen in again as he discusses the importance of choosing the right statin, and keeping your heart health in check.

For years, millions of viewers tuned in to Regis Philbin to hear about the day’s hot topics or his latest life happenings. Now, the 86-year-old and his wife, Joy, are hoping his fans will listen in again as he discusses the importance of choosing the right statin, and keeping your heart health in check.

In 1992, heart health wasn’t a major concern for the then-cohost of Live! With Regis and Kathy Lee, and he never made it a point to check in on his cholesterol. His father had heart trouble and died in his 60s, but Philbin had kept an active lifestyle and was never overweight.

But during a trip to Florida, Philbin began having chest pains and knew he should seek help. He had an angioplasty and discovered his cholesterol levels had soared to 300 mg/dL. Anything above 240mg/dL is considered high.

HOW HOCKEY FANS' HEARTS REACT TO STRESSFUL MOMENTS IN THE GAME

Joy flew down to meet her husband and had a similar reaction.

“I knew Regis did not have a great diet, but to me, he was indestructible,” she told Fox News. “It never occurred to me that he would have that high of a cholesterol level.”

The pair traveled back to New York and met with his doctor who put him on his first statin, while they vowed to make some lifestyle changes that included cleaning up his diet.

“I realized we had better have him checked out and put him on a statin because I knew that I couldn’t be a watchdog to Regis,” Joy said. “I felt that we finally took control of it and he was on a statin and things were fine.”

Somewhere along the way Regis began having aches in his legs, and it was attributed to the statin he was prescribed. Rather than become part of the 50 percent who stop taking statins within one year of starting, Philbin consulted with his doctor who prescribed him a different one, and his side effects subsided.

“We were so surprised to find out that 50 percent of people taking a statin top taking it after one year,” Joy said. “I thought, ‘What are they going to do about their cholesterol?’”

Their concern for others moved the couple to become part of the Take Cholesterol to Heart Campaign, which encourages patients to check on their heart and cholesterol health. The campaign’s website provides users with information regarding different statins and suggests helpful talking points to take to the doctor. The campaign resonates with the Philbins, who opened their home to viewers in 2008 as Regis underwent a triple bypass surgery.

“The audience always felt that they were up to date on everything Regis was doing,” Joy said, adding that he always discussed what was happening in his life while hosting Live!.

Philbin said he wants others to realize that just because one statin might not be working, it doesn’t mean another won’t be right for you.