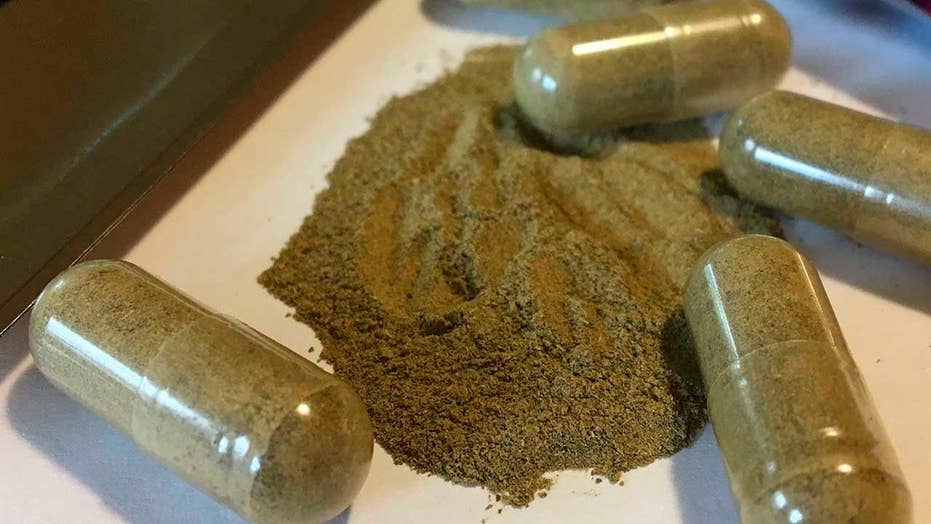 Kratom debate: Bans across the nation stir discussion of dangers and benefit

PHILADELPHIA – Laura Jones left the hospital after giving birth to her son using a walker. For weeks the 39-year-old would lay on her living room sofa too tired to move.

The first-time mother had suffered from endometriosis her entire adult life and had grown accustomed to the lower abdominal and back pain that accompanied her menstrual cycle. But this, Jones says, was different.

“My father had to carry me into the house because I couldn’t walk up the steps," Jones told Fox News.

Jones claims doctors had placed her on 11 different opioid medications to help treat her pain, which caused her to feel "like I was in a daze all the time.”

As weeks turned to months her energy levels continued to plummet, and her family's concerns grew. That’s when her sister suggested an herbal supplement called kratom.

Unfamiliar with kratom, Jones did her research and decided to end her current treatment plan and try out the supplement. That was five years ago, and Jones claims she has since led a more active and healthier lifestyle because of it.

“It’s not a cure,” she said. “I still have bad days, but it helps and I am less worried about the side effects.”

Laura Jones, 39, plays with her son, Jacob Jones, 5, at their Wilkes-Barre home. (Courtesy of Laura Jones)

Kratom, an herbal extract from the evergreen tree (Mitragyna speciosa) found in South Asia, is believed to act on opioid receptors in the brain. At a low dose, kratom acts as a stimulant, making users feel more energetic. At higher doses, users claim it reduces pain and may bring on euphoria. And at very high doses, it can act as a sedative.

But many in the medical community disagree with the use of the supplement.

The U.S. Food and Drug Administration (FDA) has not approved kratom and has warned that the active ingredient in the substance, mitragynine, may expose users to the risk of addiction, abuse, and dependence – and recommends the substance be classified as an opioid.

Despite claims that it can be used to treat opioid withdrawal symptoms, the FDA warns that there is no reliable evidence to support that theory.

In 2016, the U.S. Drug Enforcement Agency tried to reclassify kratom as a Schedule 1 drug; similar to heroin or marijuana, a step other nations have already taken. And in the U.S. several states — Alabama, Arkansas, Indiana, Rhode Island, Vermont, and Wisconsin — have banned it.

Sold in various capsules and powders, kratom has gained popularity in the U.S. as an alternative treatment for pain, anxiety and drug dependence. (AP Photo/Mary Esch, File)

Pennsylvania is one of several states grappling with how to regulate the substance. Neighboring Ohio is one of the latest states to move forward with regulations after the herbal product was listed as the primary cause of death for six Ohioans from 2016-17.

A government report released in April said kratom was a cause in 91 overdose deaths in 27 states. Officials previously said they knew of 44 nationally.

“The problem with kratom like many natural substances is users are never 100 percent sure what they are getting in the amount they are given,” said Dr. Richard Hamilton, a toxicologist in the Department of Emergency Medicine at Drexel University.

FLORIDA MAN WITH DOWN SYNDROME DIED IN HOT CAR AS CARETAKER SLEPT OFF KRATOM OVERDOSE: SHERIFF

Earlier this year, the herbal substance was linked to salmonella. And in April, the FDA released an analysis that found significant levels of lead and nickel concentrations, which exceeded safe exposure for oral drug intake.

“Based on these test results, the typical long-term kratom user could potentially develop heavy metal poisoning, which could include nervous system or kidney damage, anemia, high blood pressure, and/or increased risk of certain cancers," the FDA warned.

“I think most of us toxicologists, and physicians would like to see the sell of kratom end,” Hamilton said. “The benefits of the supplement are no greater than if you were in a therapeutic relationship with a prescriber in a position to help you with your pain."

In 2014, the American Kratom Association (AKA) was founded to protect nearly 5 million kratom users nationwide. The Virginia-based non-profit promotes the substance’s health benefits and actively lobbies to keep the product on shelves.

Mac Haddow, is among a large group of advocates or “Kratom Warriors” who have mobilized in several states and municipalities where legislators have proposed bans.

“The FDA is wrong on the science and they are wrong on the policy,” Haddow said. “The FDA ought to be listening to the life-saving stories we hear from veterans and those suffering from chronic illnesses.”

One of those stories is that of Andrew Turner, a U.S. Navy veteran-turned-kratom activist. Turner, now a Washington D.C. resident, served in the military for nearly 12 years was ultimately released early on medical retirement after withstanding a crippling arm injury. Along with his physical disabilities, Turner suffered from PTSD and a rare neurological movement disorder known as Meige Syndrome.

Meige Syndrome is characterized by involuntary and often forceful contractions of the muscles of the jaw and tongue. Doctors unable to cure the condition placed Turner on opioid pain relievers. After nearly 26 different prescriptions, Turner looked for other options.

“I’ve been taking kratom for nearly five years,” Turner told Fox News. “It’s not a cure but it helps calm me which ultimately helps relax my spasms.”

Turner, like many kratom users, takes the supplement daily in a tea form and purchases the herbal product online.

“I have found a way to safely use kratom, but that does not mean that kratom is ‘just’ safe,” he said.

Turner would like to see better oversight/regulation of the industry and is pushing for the Kratom Consumer Protection Act.

The Kratom Consumer Protection Act is a piece of legislation that would allow consumers to be able to keep buying Kratom legally while also helping to ban the sale of dangerous and adulterated products.

“It’s fairly obvious the lack of oversight is what caused the salmonella outbreak. We warned about that a year prior and when it happened it was an, ‘I told you so’ moment no one really wanted to have,” Turner said.

But there are tragic cases associated with the supplement as well. In Florida, a man with Down syndrome died in a hot car after his caretaker ingested kratom, overdosed and fell asleep, authorities said.

Joshua Russell, 26, was arrested last week and charged with one count of aggravated manslaughter of a disabled adult in the May 9 death of John LaPointe in Seminole, Fla., the Pinellas County Sheriff’s Office said.

This case along with the 2018 death of Caleb Sturgis, 25, a Chester County man who died last June from an overdose after he drank tea made with kratom, according to the family-filed lawsuit against SoCal Herbal Remedies of Big Bear City, California.

Sturgis was driving to work on the Pennsylvania Turnpike in Chester County when his car struck a curb and flipped over. The Chester County coroner ruled his death was from “acute mitragynine intoxication,” the active ingredient in kratom. No other drugs were found in his system, save for the amount of caffeine contained in a cup of coffee. Sturgis had been taking the supplement for an energy boost, his family said.

HERBAL SUPPLEMENT KRATOM IS TIED TO MORE US DEATHS

In the lawsuit, the Sturgis family contends that SoCal Herbal Remedies failed to provide information on the risks of using kratom and did not attempt to test the product to make sure it was safe for use.

But for people like Jones, Pennsylvania’s decision to ban kratom would be life-altering.

“There aren’t many options for someone like me,” Jones said. “Now I walk with my son, go to yoga classes, and dance. My quality of life now is really incomparable.”

Early this spring, State Representative Scott Conklin, D-Rush Township, PA introduced a bill to classify kratom as a Schedule 1 controlled substance. During a news conference on the bill, he cited Pennsylvania's fourth-highest rate of overdose deaths in the U.S., and said it's “all the more reason steps should be taken now regarding kratom."

The legislation is still pending.