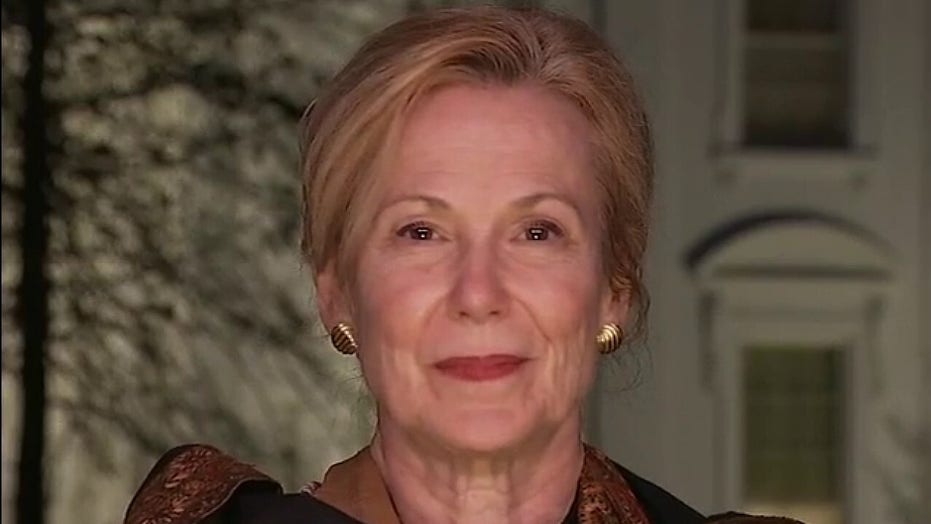 Dr. Deborah Birx says President Trump has worked hard to make sure hydroxychloroquine is available for use

Prince Andrew accuser Virginia Roberts, who now goes by the name Giuffre, said on Tuesday that she's been admitted to the hospital and is being tested for coronavirus.

The 36-year-old tweeted a picture of herself in a hospital bed with a mask on, adding she had symptoms related to the virus and was "praying it's not positive."

"I’m so scared right now, having trouble breathing, fever & cough," she tweeted. "Getting tested for Covid-19 praying it’s not positive."

Giuffre claims she was trafficked by Jeffrey Epstein and was forced to have sex with Andrew on three occasions nearly 20 years ago when she was 17.

She alleged that Epstein flew her around the world on private planes to have sex with powerful men while adding that she had sexual encounters with Andrew in London, New York and in the U.S. Virgin Islands.

Both Andrew, 60, and Buckingham Palace have denied Giuffre's allegations on multiple occasions. The palace said in December it "emphatically denied that the Duke of York had any form of sexual contact or relationship with Virginia Roberts. Any claim to the contrary is false and without foundation.”

Giuffre wrote on Twitter last month that she's set to appear in the "Jeffrey Epstein: Filthy Rich," docuseries which will be released sometime this year.

"The series exposes a horrifying story of relentless manipulation and sex trafficking. Epstein’s survivors serve as the series’ pre-eminent voices, providing powerful testimonials about their experiences, and inspiration in their resilience," according to Netflix's "See What's Next" account.

On Tuesday, some of Giuffre's Twitter followers responded to the hospital stay post in order to wish her well.

Virginia Roberts Giuffre, who says she was trafficked by sex offender Jeffrey Epstein, holds a news conference last August outside a Manhattan court where sexual assault claimants invited by a judge addressed a hearing following Epstein's jailhouse death in New York. Roberts Giuffre said on Tuesday that she's been admitted to the hospital and is being tested for coronavirus. (Photo by AP/Bebeto Matthews)

"Sending you love and healing. You are young & strong. You’ve got this," one user wrote.

"Thank you I just hate hospitals, have had quite a few bad experiences in my time," Giuffre responded.