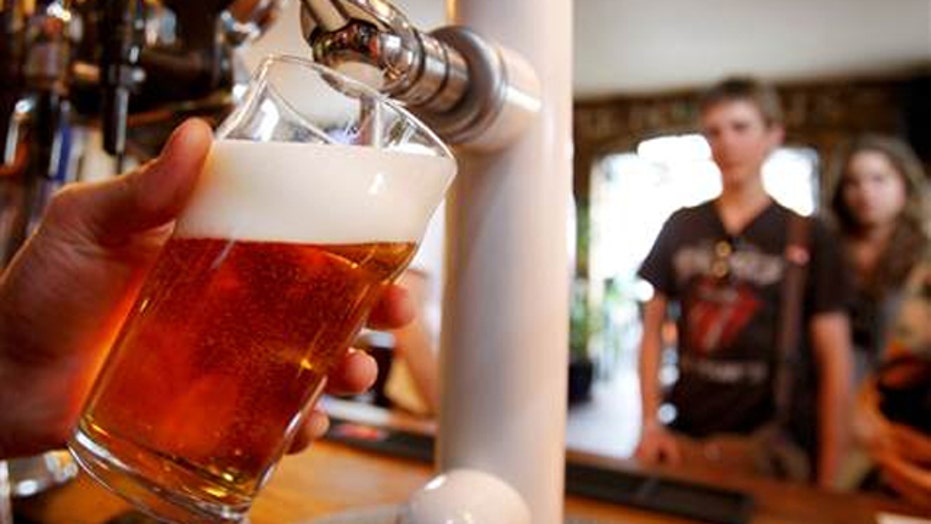 Youth alcoholism is on the rise in US

Alcoholism is a disease, and like many serious diseases it has genetic factors, affects major organs in the body, can spread to others including our young, and is difficult to treat. But like any disease it can be treated – and it can also be prevented.

According to the Centers for Disease Control and Prevention, excess drinking leads to over 1800 deaths per year as well as 600,000 injuries, 696,000 assaults. Approximately 97,000 students between the ages of 18 and 24 are the victims of alcohol-related sexual assault or date rape. Alcohol can sometimes act as a gateway drug, in that it is often combined with marijuana, cocaine, and other narcotics.

In terms of preventing the disease of alcoholism, some colleges are fighting back. This past week was National Collegiate Alcohol Awareness Week, in which colleges and universities across the country sponsor programs, forums and other initiatives to raise awareness of alcohol issues on campuses.  Trinity College in Connecticut also has several programs including “Night Watch,” where non-drinking peers attend parties to keep drinking in check. Martha O’Brien, direct of health services at Trinity College spoke to me about the effect of these programs.

“I believe at this age we have an opportunity to make a difference,” O’Brien said. “They are not set in their ways yet. They are still in that maturational process.”

Fox News’ Bob Beckel, a recovering alcoholic who was recently honored by the Caron Foundation, spoke to me about his concerns for college students.

“They're in a college environment or in a peer environment where everybody's drinking, and they can drink fine and they think everything's fine until they can't stop drinking,” Beckel said. “And then that's where the problem begins. Or the real crisis that's going on is binge drinking, where kids on college campuses drink only on weekends and a lot of them die. The only thing people need to remember about this disease of alcoholism is it will kill you. It is not a benign disease.”

Prevention is part of the approach to treating alcoholism. But according to Dr. Samuel Shem, addiction specialist and author, alcohol remains a social lubricant at universities, especially among kids who have a low self-esteem, are isolated, or need a confidence boost.

“The biggest problem when kids get to college is they start to get isolated,” Shem said to me. “It's a whole new social network they have to get into, and they're not used to it, because they've done all of this dating on (computer and phone) screens and so to break down those social barriers they start to drink…Alcoholism is called the disease of isolation.”

Shem co-authored an inspiring new play currently showing at the Soho Playhouse called Bill W. and Dr. Bob, which details the origins of Alcoholics Anonymous (AA). In one of the great chance meetings of the 20th century, a drunk stockbroker and a drunk surgeon meet, and together, they help each other quit. This buddy system, where one drinker tells his or her story to another for healing, became the basis for AA -- the original self-help group based on holistic healing which has now spread to 130 countries. AA is an important tool for young alcoholics, with 11 percent of its members now between the ages of 20 and 30 years old.

Sponsored by Hazelden non-profit treatment centers, revenue from Bill W. and Dr. Bob will be used for youth treatment scholarships. The play is becoming a force in the battle against alcoholism, and it is about to embark on a national college and medical school tour.

"The fellowship and the connection in the community that comes from AA and other self-help programs is really a cornerstone for a lot of people's recovery,” Barbara Kistenmacher, executive director of Hazelden, said to me in an interview.

Watching Bill W. and Dr. Bob is an emotional experience for alcoholics and non-alcoholics alike. The men struggle and destroy their families, before eventually developing a fellowship, which builds in strength and helps to heal others. Ironically, it is Bill more than Dr. Bob who has the primary role of healing for much of the play.

After the play, Fox News filmed college students in the audience telling their stories of illness and recovery through the help of AA. Anonymity was preserved, as in AA itself, and the session had the positive energy and collaborative feel of an AA meeting.

"I came into AA in 12th grade, and I think it's appropriate for anyone with alcoholism,” one audience member said. “I came in, and I thought my life was over – and it's completely opposite of that."

"It's like a blessing for me to be here,” another audience member said. “Being a college student, who would think I would enjoy sitting in a play watching you guys -- no offense -- and not out drinking on a Thursday night? And there's nowhere else that I'd rather be right now. I have this, you know, compulsion to drink, and like everything it says in the book, it's a disease, and I need a cure. And you guys just did an amazing job showing what the cure is."

Shem couldn’t agree more: "The essence of good medicine is the healing power of good connection. With any kind of disease you have, but with alcohol specifically, you can't do it alone. It's not a matter of will power. What these guys found out is that alcoholism is a disease, and it's a disease with psychological, physical and spiritual elements – and it had to be treated in all three ways.”