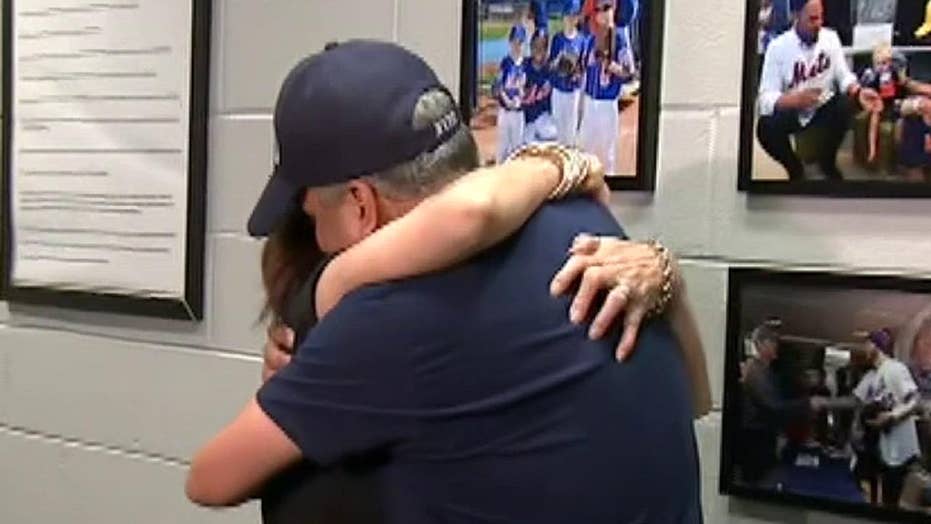 NYPD Detective meets the woman he donated a kidney to

Detective Michael Lollo donated a kidney to Ruth Tisak, a complete stranger, in 2018. The two met for the first time at an event a CitiField.

An NYPD hero finally met the woman whose life he saved through organ donation at Citi Field on Wednesday after the two connected this winter on Facebook. Ruth Tisak, of Pennsylvania, told Fox 5 NY that she was the one who sent the first friend request based on an article she read about NYPD detective Michael Lollo that made her think he was her donor. Lollo’s response confirmed her suspicions.

“All I said was, ‘Hi, I think you have my left kidney,’” Lollo said of his first message to Tisak.

Tisak said that Lollo is one of her two heroes, with her other being her husband, who also donated a kidney to set off the chain that landed her with Lollo’s.

“It’s surreal knowing that an organ of mine is standing right next to me but not in my body,” Lollo told Fox 5 NY.

He said he was inspired to become a living donor after seeing a midtown billboard featuring a Long Island man who was in search of his own match.

Personnel from the New York Mets helped arrange for the meeting ahead of Wednesday night’s home game, and even honored the pair before the first pitch.