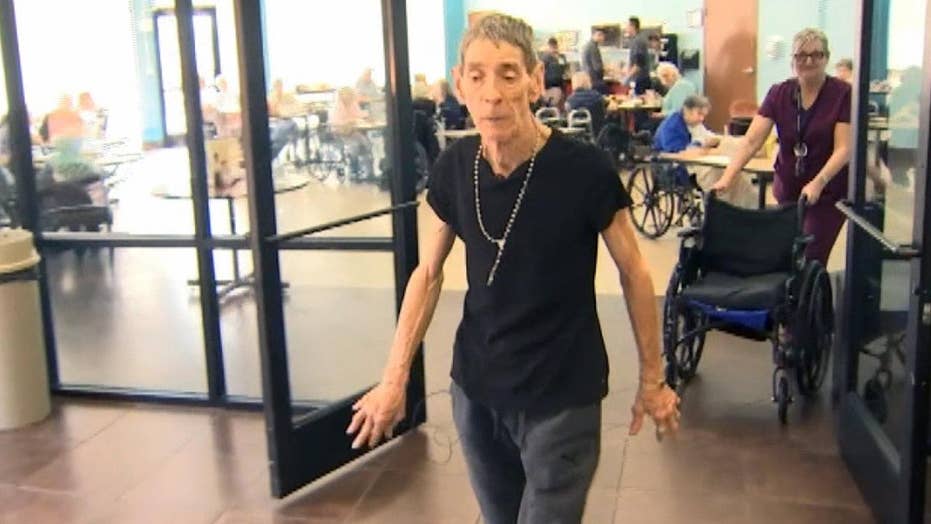 Charles Shields, who has Parkinson's disease and is in hospice, says it's a miracle that he was able to walk for the first time after being bedridden for several years.

Staff at a Casa Grande nursing home say they are witnessing the “power of prayer” after a hospice patient who was bedridden for several years suddenly stood up out of his wheelchair and began walking during a therapy session last week. Charles Shields, a patient at Oasis Pavilion Nursing and Rehabilitation Center, has left his doctors stunned by his sudden progress, which he said has been “a miracle,” Fox 10 Phoenix reported.

Shields, who has Parkinson’s disease, was participating in a Sign Chi Do class, which focuses on strength, balance and flexibility for patients with decreased physical function. Studies on the activity have shown positive results, but Shields’ case exceeds expectations.

TOOTH PULLED FROM INSIDE MAN'S NOSE AFTER LOSING SENSE OF SMELL

“It’s a miracle for me because I was sitting there like a vegetable,” he told the news outlet.

Parkinson’s disease is a neurodegenerative disorder that typically develops slowly over years, although not all patients are affected the same. It can cause tremors, limb rigidity, gait and balance issues as well as slowness of movement. There is no known cure for the disease, but patients can seek treatment through various medications and surgery, according to the Parkinson’s Foundation.

Since that breakthrough moment in class, Shields has been picking up strength by walking around the center and resumed his hobbies of painting and playing the harmonica, Fox 10 Phoenix reported.

“[Sign Chi Do] was found favorably and some good results were shown, but nothing compared to what we’ve seen here,” Dr. Anne Borik, the facility's medical director, told Fox 10 Phoenix. “I honestly think that setting science aside, this was a power of prayer.”

The outlet reported that Shields may be moved out of hospice given his recent improvements.

“A lot of people want to think things are scientific but this is absolutely a miracle,” Vicki Hadden, MDS coordinator, told Fox 10 Phoenix.

Approximately 60,0000 Americans are diagnosed with Parkinson’s each year, according to the foundation, with more than 10 million people living with the disease worldwide. Men are 1.5 times more likely to have the disease than women.