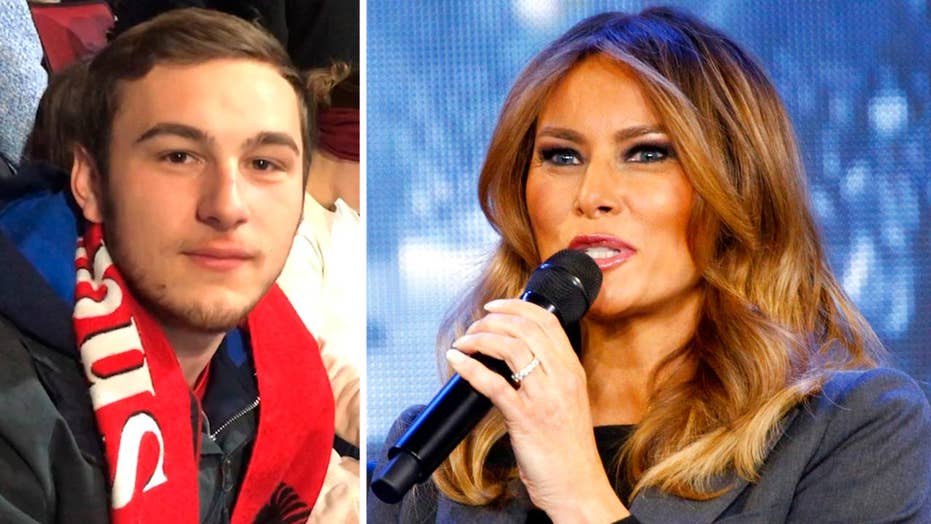 LYNCHBURG, Va. – First lady Melania Trump called the opioid epidemic the "worst drug crisis in American history" during a town-hall meeting with students at Liberty University in Virginia on Wednesday.

"When I took on opioid abuse as one of one of my pillars of my initiative 'Be Best,' I did it with the goal of helping children of all ages," the first lady said. "I have visited several hospitals and facilities that are dedicated to helping all who have been affected with this disease, including people who are addicted, babies born addicted and families coping with the addiction of a loved one."

Trump said she viewed the opportunity to talk to students at Liberty University -- one of the world’s largest Christian universities -- as important and coming at a critical stage of their lives as they make decisions on how they will manage the stress that comes with being an adult.

“If you or someone you know needs help, you need to be brave enough to ask, or strong enough to stand with them as they fight through the disease. You need to be educated enough to know the signs of addiction and secure enough to talk about it and keep talking about it until help arrives,” Trump said.

The first lady then challenged students to think of the opioid crisis not as a set of statistics, but rather as a larger “human story” and as an opportunity to save lives.

Charis Gnanakan, a 20-year-old Liberty Univerity senior studying strategic communication, told Fox News she was moved by the first lady's assertion that the opioid crisis is part of a larger human story.

“I think she's right in her urge for everyone to be prepared to help those who are addicted,” said Joshua Smith, a 20-year-old accounting major.

Their overall message emphasized the need for more awareness on how opioid addictions start and the importance of extreme precaution when taking prescription narcotics.

Students listening to a panel on "Battling the Opioid Crisis" at Liberty University. (Fox News)

Last month, President Trump signed a bipartisan bill into law that aimed at making medical treatment for opioid addiction more widely available while also cracking down on illicit drugs being sent through the mail.

“Being in social work, you see families torn apart by the opioid crisis every day. People coming together on all sides to combat it is something really amazing to see for our country,” she said.

Students were encouraged via university social media to "make their voice heard" and email personal questions for the panel.

On how students could make a difference, Bolling encouraged them to talk to friends and family if they see someone slipping into addiction and to fight against promoting the stigma of shame that often comes with addiction.

“It was incredible to see the administration taking such active steps, both in awareness and financial support, to protect our communities," Kyler Beal, a digital media senior, said.