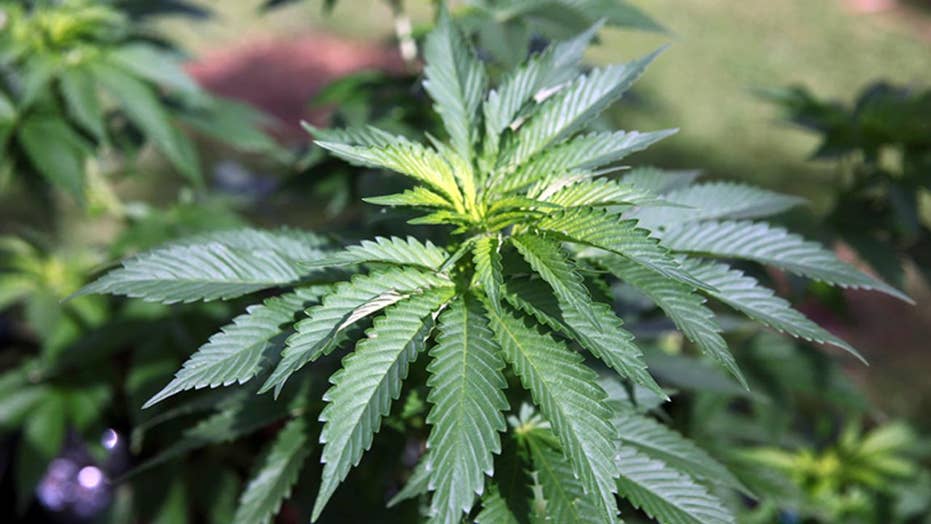 Does smoking marijuana increase your chances of developing psychosis?

Inhaled marijuana caused the most severe problems at one large Denver area hospital. Marijuana-infused foods and candies, called edibles, also led to trouble. Patients came to the ER with symptoms such as repeated vomiting, racing hearts and psychotic episodes.

DR. MARC SIEGEL: POT USE AND THE AWFUL PROBLEM OF MARIJUANA-INDUCED PSYCHOSIS

The study, published Monday in Annals of Internal Medicine, stemmed from tales of tourists needing emergency care after gobbling too many marijuana gummies.

"It was hard to know if these were just anecdotes or if there was a true phenomenon," said lead author Dr. Andrew Monte of UCHealth University of Colorado Hospital.

Emergency room records from Monte's hospital show a three-fold increase in marijuana cases since the state became the first to allow sales of recreational marijuana in January 2014. Nearly a third of patients were admitted to the hospital, evidence of severe symptoms, Monte said.

In 2012, the ER saw an average of one patient every other day with a marijuana-caused problem. By 2016, the count was two to three per day.

That's not enough to swamp the emergency department, Monte said, but it stresses an already burdened system.

Most people can use marijuana safely, Monte said, but with its increased availability and higher THC concentrations, "we may be seeing more adverse drug reactions," he said.

THC is the part of marijuana that gets people high.

A growing cannabis industry promotes the drug as a cure-all while downplaying dangers, said Dr. Erik Messamore, a psychiatrist at Northeast Ohio Medical University who wasn't involved in the research. More than 30 states now allow marijuana for at least medical use. New Jersey is debating becoming the 11th state to approve recreational pot. The U.S. government considers marijuana illegal.

"You can't trust the people who sell the drugs to be upfront with the risk," Messamore said, calling for warning labels similar to those on tobacco products.

The analysis confirmed edibles are trouble. Statewide, they made up less than 1 percent of total cannabis sales, measured by THC content. Yet 11 percent of ER visits were triggered by edibles.

Monte said edibles are too dangerous to be part of the recreational marketplace. Slow to kick in, their effects last too long for a good party drug, he said. They work better for those who want to use them as medicine.

Yet information on safe dosing is lacking, as Denver resident Arlene Galchinsky learned. She took a marijuana gummy for pain on top of a prescription narcotic, becoming so disoriented her husband called paramedics. Galchinsky, 79, didn't go to the ER, but the experience shook her up.

"It was extremely scary," she said of the feeling. "When was this going to go away? It was so frightening."

In the state-funded study , there were 2,567 emergency visits at the Denver hospital caused by marijuana from 2012-2016. It's not just tourists; 9 out of 10 cases were Colorado residents.

Seventeen percent of the visits were for uncontrolled bouts of vomiting. It was most often from inhaled marijuana, not edibles.

Twelve percent of the cases were for acute psychosis, where people without a history of mental disorders lose touch with reality. That was more frequently seen with edibles.

Intoxication and heart problems were other common complaints.

In an editorial, Dr. Nora Volkow, director of the National Institute on Drug Abuse, called for more research on the benefits and harms of marijuana. She and co-author Ruben Baler wrote there is an "urgent need" for greater oversight of manufacturing and labeling as marijuana use increases with state legalization.

Monte, an ER doctor who specializes in toxicology, doesn't use marijuana. "I'm too busy," he said. "I can't spend time being high."