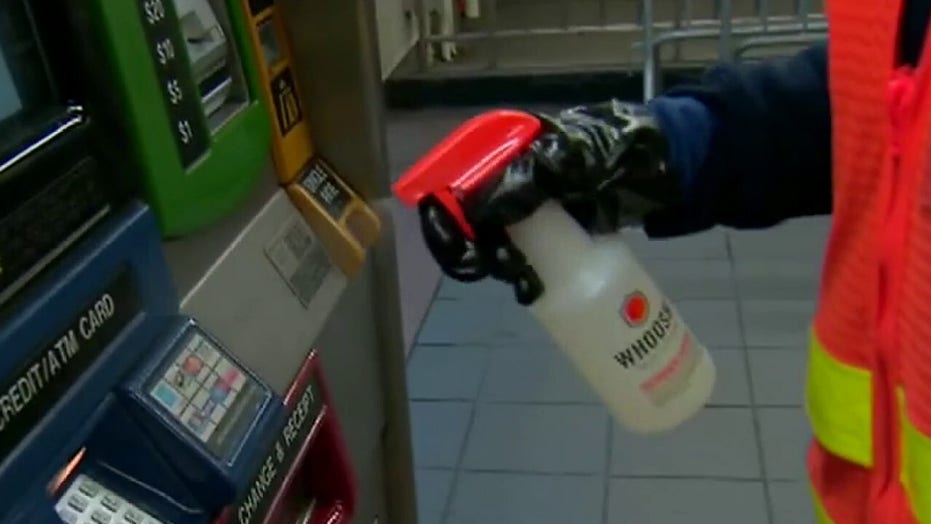 The man in his 50s had not traveled to countries on coronavirus watch list; Bryan Llenas reports from New York.

A New York City lawyer who worked near Grand Central Terminal -- which sees roughly 750,000 commuters pass through daily -- was listed in critical condition after he was diagnosed with the new coronavirus.

The patient is the city's second case of COVID-19 and first of unknown origin, health officials announced on Tuesday.

The lawyer, 50, works at the Lewis and Garbuz, P.C., law firm in Manhattan, and lives north of the city in Westchester County, the New York Post reported. The paper reported that he took the Metro-North Railway to work and likely didn't use the city's subway system because of the office's close proximity to Grand Central.

"He remains in critical condition at New York-Presbyterian/Columbia University Irving Medical Center in Manhattan," the New York Health Department announced. "The Health Department is identifying people in close contact with patients who tested positive for COVID-19 and closely monitoring them for illness."

The man first became ill on Feb. 22 and sought medical care at a Westchester hospital on Feb. 27 after showing symptoms, according to Demetre Daskalakis, Deputy Commissioner at New York City Department of Health.

He had respiratory issues off and on for the last month that became much more severe in the last few days, Mayor Bill De Blasio said.

The mayor said he did not travel to any countries linked to the coronavirus outbreak but had been to Israel and Miami. He traveled to Miami in early February.

Disease detectives from the department are working to identify anyone who came into close contact with him and two of his children -- who have a connection with NYC, the department added.

Officials said his children attended SAR Academy and high school in the Bronx and Yeshiva University in Manhattan. Administrators voluntarily closed the high school, while the department said guidance has been provided at his Manhattan law firm and both schools. The children are currently in isolation at home.

Metropolitan Transportation Authority worker Duane Clark works to sanitize surfaces at the Avenue X subway station, Tuesday, March 3, 2020, in Brooklyn. The MTA is stepping up efforts to sanitize cars and stations as fears mount over the coronavirus. (AP Photo/Kevin Hagen)

City agencies are working closely with the firm, building operations and local academic institutions to make sure employees located there are given the appropriate guidance.

“Now, more than ever, New Yorkers must come together as a city to limit the spread of COVID-19. If you have symptoms like cough, fever, or shortness of breath, call your health care provider,” said Health Commissioner Dr. Oxiris Barbot. “The Health Department will do everything in our power to minimize the disruption caused by this evolving situation, and we will continue to communicate openly and honestly with New Yorkers.”

The Health Department advised those who have symptoms of the virus [fever cough, shortness of breath] and recently traveled to China, Iran, Italy, Japan or South Korea -- to stay home, contact a health provider and avoid contact with others.

Officials advised all New Yorkers to cover your coughs with elbows and sleeves, not with your hands. They added to wash hands often with soap and water for at least 20 seconds and avoid touching your face with unwashed hands.