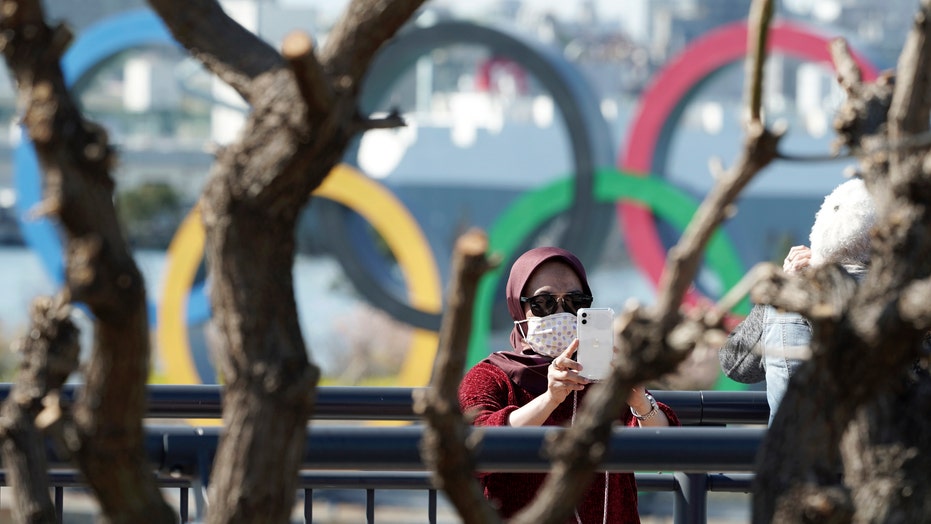 World health officials confirmed on Tuesday the fatality rate for the new coronavirus is at 3.4 percent globally, as Japan's Olympics minister said there's a possibility the 2020 Summer Games in Tokyo could be delayed.

Tedros Adhanom Ghebreyesus, the head of the World Health Organization, announced the mortality increase during a media briefing, which differed from the previously estimated rate of around 2 percent globally. In comparison, the death rate for the seasonal flu is "far fewer than 1 percent," he said.

"While many people globally have built up immunity to seasonal flu strains, COVID-19 is a new virus to which no one has immunity; that means more people are susceptible to infection, and some will suffer severe disease," Tedros said. "Globally, about 3.4 percent of reported COVID-19 cases have died; by comparison, seasonal flu generally kills far fewer than 1 percent of those infected."

A tourist wearing a protective mask takes a photo with the Olympic rings in the background Tuesday, March 3, 2020, at Tokyo's Odaiba district. The spreading virus from China has put the Tokyo Olympics at risk. The Olympics are to open on July 24 - less than five months away. (AP Photo/Eugene Hoshiko)

There are over 90,000 cases of the new coronavirus in at least 70 countries. Over 3,100 deaths have been reported around the world, including nine in the U.S. -- all in Washington State.

Tedros added the COVID-19 is a unique virus that is deadlier, but it doesn't spread as easily when compared to influenza.

"This virus is not SARS, it's not MERS, and it's not influenza; it is a unique virus with unique characteristics," he said. "With influenza, people who are infected but not yet sick are major drivers of transmission, which does not appear to be the case for COVID-19."

The number of coronavirus infections in Japan reached the 1,000 mark on Wednesday, with 706 of them being on the Diamond Princess cruise ship. Its health ministry reported 12 people have died from the virus so far.

IRAN TEMPORARILY RELEASES 54,000 PRISONERS TO TRY AND STOP CORONAVIRUS FROM SPREADING IN JAILS

Minister Seiko Hashimoto implied the Olympics could be held later in the year and wouldn't have to start on their planned July 24 date.

“The IOC has the right to cancel the games only if they are not held during 2020,” Hashimoto told parliament, according to the Japan Times. “This can be interpreted to mean the games can be postponed as long as they are held during the calendar year.”

The minister's suggestion was quelled by International Olympic Committee spokesman Mark Adams during a meeting of its executive board in Switzerland.

"We are going to have the games on the 24th of July," he said, according to the paper.

New cases dropped again in China on Wednesday, with only 119 reported. The country had 99 percent of the world's infections as of last month, but now that number is at 95 percent.