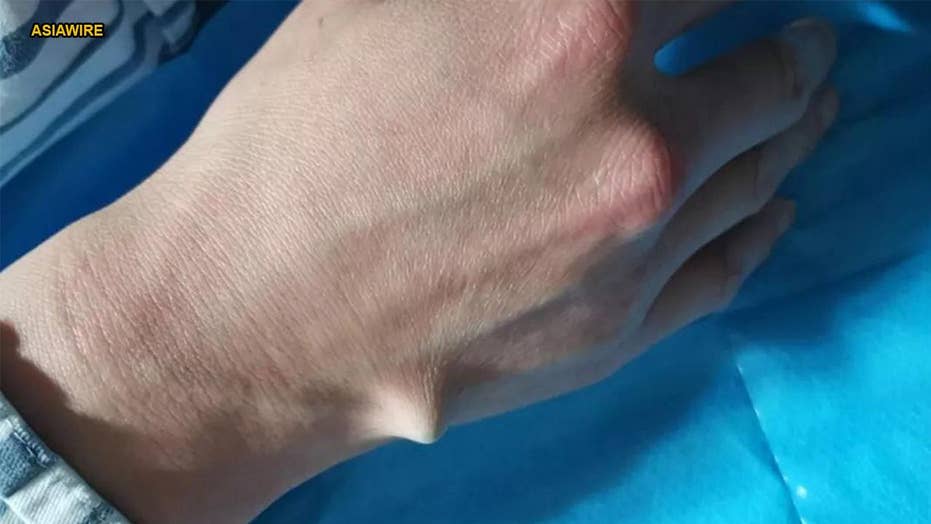 A trendy trick to open beer bottles with chopsticks has led to hospitalizations across China. Surgeons have had to remove chopsticks that have pierced through hands, potentially causing long-term nerve damage.

A seemingly innocuous tableside trick is sending people in China to the hospital, prompting one doctor to share gruesome patient photos in an effort to warn against attempting to open a beer bottle with a chopstick.

Dr. Xion Zhenfei, a hand and food surgeon at the Xiaoshan Hospital of Traditional Chinese Medicine, said he worked for 30 minutes to free the chopstick from his patient’s hand, according to a report in Malaysia's Kwong Wah Daily.

“The chopstick was about 2-centimeters [0.8 inches] deep in his palm and was bulging on the back of his hand,” Zhenfei reportedly told AsiaWire. “He said it hurt a lot and wanted me to pull it out. I asked how it happened, and he said he tried to show off by opening his third beer with a chopstick.”

According to several local outlets and state news agency China News Service, while the trick is several years old, Zhenfei said he has seen an increase in the number of patients requiring medical attention for chopstick-related injuries as a result of the trick, including five in just the last two weeks.

The way the trick works is by wedging one side of the chopstick under the cap of the beer bottle, and quickly hitting the other end with an open palm. At least one patient allegedly hit the chopstick too hard, resulting in severe injury and nerve damage.

Dr. Zhenfei said he's seen an uptick in the number of injuries related to the trendy trick. (AsiaWire)

"I was supposed to cut his palm open to check for nerve damage, but he refused and left the following morning,” Zhenfei reportedly said. “So it's hard to say whether he will suffer any long-term effects from the injury."