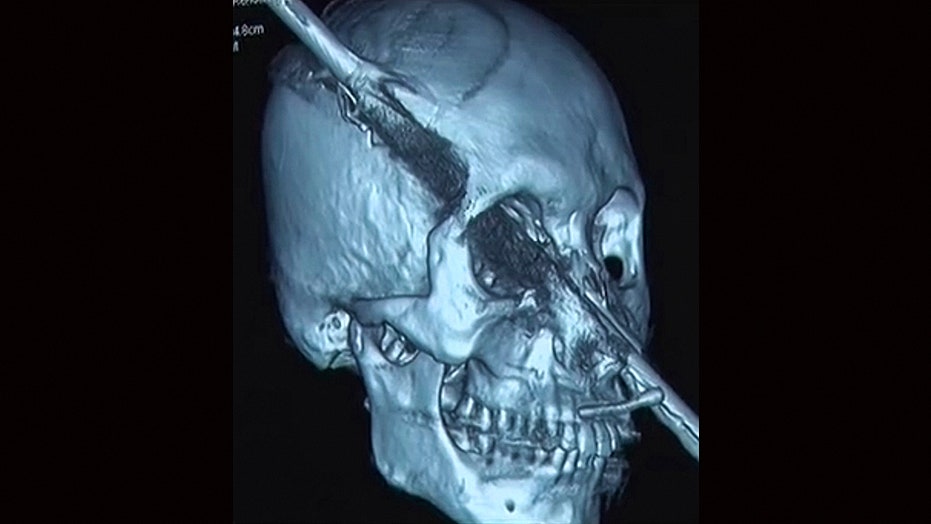 A construction worker who allegedly fell 15 feet onto a steel bar that impaled him through his nostril before exiting through his skull miraculously survived the horrific injury and remained conscious throughout the ordeal.

After the accident, which occurred on Saturday in China, Li Xuedong, 45, was allegedly driven two hours away to General Hospital of Shenyang Military Region while his family members held the steel bar in place, AsiaWire reported.

They weren't sure about the extent of damage done by the rod until a brain scan revealed minimal bleeding.  (AsiaWire)

Xeudong arrived at the hospital with six inches of the bar sticking out through the top of his head, but doctors didn’t know what the extent of the damage was inside of his skull. According to AsiaWire, brain scans showed “there was minimal bleeding, which was very positive.”

The hospital then allegedly called in a fire service who shortened the steel bar before he was whisked into surgery to have the remaining pieces removed.  He is said to be in stable condition.

“The patient is conscious and lucid,” a hospital spokesperson told AsiaWire.