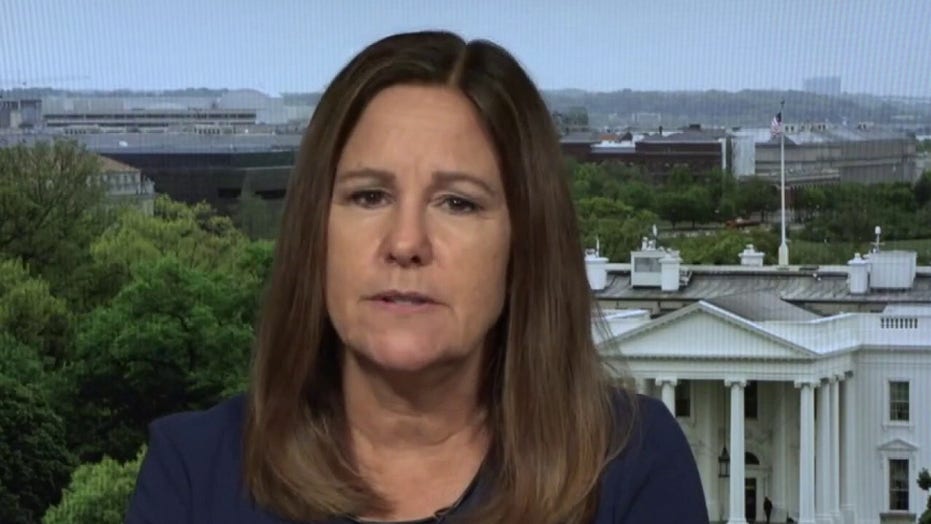 Second lady Karen Pence discussed National Suicide Prevention Awareness Week and the resources available to help those suffering from mental illness amid the coronavirus pandemic on “Outnumbered Overtime” on Thursday.

"The thing we want people to know is that suicide is preventable," Pence said.  ​​

"It’s an opportunity right now for us just to start the conversation and not to be afraid," she continued. "We want to reduce the stigma really more than anything."

Karen Pence, the wife of Vice President Mike Pence, stressed that the novel coronavirus has had significant impacts on the mental health of Americans and suicide prevention practices must be addressed.

"If there is a silver line, honestly, to this pandemic, it's that people are talking about their mental health more," Pence said. "Everybody’s feeling some type of anxiety. Everybody’s feeling a sense of isolation and it's an opportunity for us to talk more and bring up the conversation of suicide prevention."

"Honestly, you don't have to have all the answers, really just reaching out to someone in need is a way that you can start the conversation and let them know that you are willing to help," she continued.

A report published by the Centers for Disease Control and Prevention (CDC) last month, titled “Mental Health, Substance Use, and Suicidal Ideation During the COVID-19 Pandemic,” found that from June 24 to June 30, 25.5% of Americans between the ages of 18 and 24 and 16% between the ages of 25 and 44 had “seriously considered suicide in the past 30 days.”

“When you do a shutdown, there's a problem on the other side, it's not just from the virus, you have a big problem with suicides, with losing your jobs, with all sorts of things that you just take a look, depression is a massive problem,” President Trump said on Monday.

The second lady is the lead ambassador of the President’s Roadmap to Empower Veterans and End a National Tragedy of Suicide (or PREVENTS), which is an interagency task force to help improve mental health especially among military veterans. Last week she led a call with other PREVENTS ambassadors and encouraged them to use their platforms and outreach to amplify their efforts during National Suicide Prevention Awareness Month, which is in September.

In 2019, President Trump signed an executive order establishing the three-year effort known as PREVENTS. Ambassadors launched a national health campaign called REACH with the goal of empowering all Americans to play a role in preventing suicide.

A COVID-19-specific hotline to address mental health has been set up.

The CDC recommends that people who are “feeling overwhelmed with emotions like sadness, depression, or anxiety” call the Disaster Distress Hotline, which is managed by the U.S. Substance Abuse and Mental Health Services Administration and provides free and confidential advice, 24/7. To reach the Disaster Distress Hotline call 1-800-985-5990 or text TALKWITHUS to 66746.

Another mental health resource is the National Suicide Prevention Lifeline, which was funded by the U.S. Substance Abuse and Mental Health Services Administration. It provides free and confidential emotional support to people in suicidal crisis or emotional distress, 24/7. To reach the National Suicide Prevention Lifeline call 1-800-273-8255. Veterans should press 1.

A free and confidential service that allows anyone to start a text message conversation with a crisis counselor, 24/7, called The Crisis Text Line is also available to those experiencing stress, anxiety, depression, emotional abuse or suicidal thoughts. To reach The Crisis Text Line text HOME to 741741.

Another resource available is called Seize the Awkward from the American Foundation for Suicide Prevention, which includes testimonials from musical artist Billie Eilish and targets the younger demographic. More information can be found here.